HALIFAX — An investigation has been launched into the collapse of a wind turbine on Cape Breton Island, where workers were told to leave the tower before it toppled over.

Montreal-based Enercon Canada Inc. issued a statement Aug. 19 saying the turbine collapsed Aug. 17 when a component was being replaced.

The company says no one was injured, but it confirmed that the turbine was evacuated prior to the collapse at its Point Tupper wind farm near Port Hawkesbury, N.S. 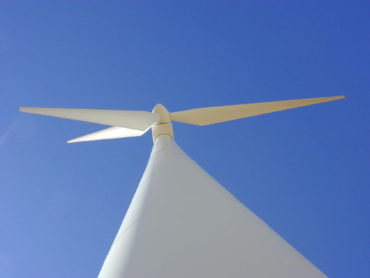 “The technician on site diligently followed (an evacuation) protocol, and safely evacuated the turbine and the surroundings in time to avoid any injuries prior to the turbine’s collapse,” the statement said.

“Only property damage has been reported.”

The company’s German parent says it has installed almost 1,000 wind turbines in seven provinces in the past 15 years, and it says this is the first time one of them has collapsed.

Enercon says a technical team has been called in to investigate.

“This incident did not occur during regular operations and is undoubtedly an isolated one,” the company said.

The rest of the wind farm was not affected by the collapse.

Enercon said it has installed more than 25,000 turbines worldwide and it employs 450 people in Montreal, Toronto, Halifax, N.S., Matane, Que., and Boucherville, Que.