Environment and Climate Change Canada (ECCC) has issued wind warnings for “almost the entire south coast” of British Columbia, noting that “strong winds that may cause damage are expected or occurring.” 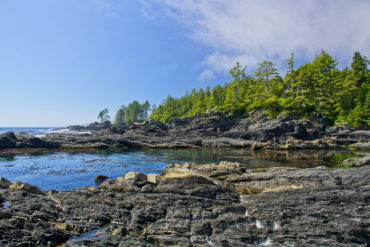 The warnings, issued on Monday morning, noted that an intense low pressure system will move across Vancouver Island just north of Port Alberni. Southerly winds of 70 to 80 kilometres per hour have developed over exposed coastal sections, an alert for Inland Vancouver Island said, noting that the winds are expected to ease later in the afternoon as the low weakens and moves out of the region.

“High winds may toss loose objects or cause tree branches to break,” the alert said, explaining that wind warnings are issued when there is a “significant risk of damaging winds.”

The Canadian Press reported on Monday that BC Hydro’s website showed just under 8,000 customers were in the dark across Vancouver Island by mid-morning as that region bore the brunt of the storm.

BC Ferries cancelled sailings on two routes between Tsawwassen and Vancouver Island until at least early afternoon, the Canadian Press said. The Comox to Powell River run was suspended until midday and the southern Gulf Islands route was running late due to the high winds.