Winter tires were not installed on the rear of a school bus that was destroyed after being stuck crossing a railway track in slippery conditions, the Transportation Safety Board of Canada said in a recent report.

A bus was picking up students near Colborne, Ont., about halfway between Toronto and Kingston, when it stopped before crossing a Canadian Pacific Railway track on Feb. 13, 2017. After the driver opened the door and checked the track for approaching trains, the employee then started driving the bus across the tracks. The driver then “slowed the bus in order to look both ways a second time,” TSB said in the report. 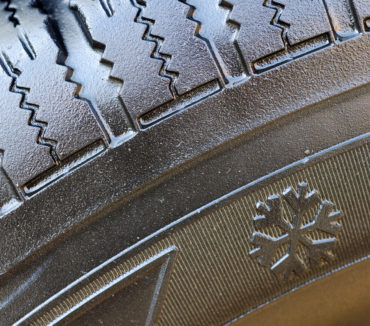 The driver then tried to accelerate but the instead of moving forward, the bus stayed in place with the rear wheels spinning. The bus driver got himself and the two passengers off the bus.

Three minutes later, an 8,500-ton freight train with 73 cars and two locomotives hit the bus, destroying it. The train operator saw the bus but was unable to stop in time. The train did not derail and had minor damage.

The rear tires were all-season, said TSB, a federal organization that reports directly to Parliament which investigates incidents involving pipelines, ships and boats, aircraft and railways.

At the time of the accident, the front wheels were between the tracks and the rear wheels were on a 1.95% incline.

The manufacturer of the tires used on that bus, Bridgestone, “provided a general guideline that rates tread performance” on different tires based on testing for  tread wear, wet traction, snow traction, ice traction and rolling resistance, TSB said in the report. But “there are no regulatory or industry standards to evaluate traction test results in order to determine which tires were most suitable for winter driving.”

Winter tires for cars and light trucks have a snowflake pictograph, TSB reported.

“Although choosing the most appropriate winter tire for trucks and school buses is made more complex by the wide range of uses and service conditions they are subject to, an objective standard for traction performance can provide useful assistance to the vehicle owner,” TSB commented. “If school bus operators do not have access to independent and objective assessments of winter tire performance, there is an increased risk that the most suitable winter tire will not always be chosen.”

TSB noted that bus drivers are trained to first stop and look but then “move quickly and without hesitation across the tracks,” instead of slowing down and looking a second time.