‘Word on the street’ about Ontario auto electronic pink slips

Only one province in Canada officially accepts electronic proof of auto insurance right now, but industry scuttlebutt suggests police are already accepting them in some quarters, and Ontario will soon be in line to accept the electronic slips.

“Word on the street” is that some police officers in Ontario are already accepting electronic proof of auto insurance, Bill Redford, vice president of product development at Keal Technology, told Canadian Underwriter Wednesday. In other words, an officer will not write a ticket if the motorist does not have a paper pink slip, as required by law, but can show an electronic copy of the pink slip instead. 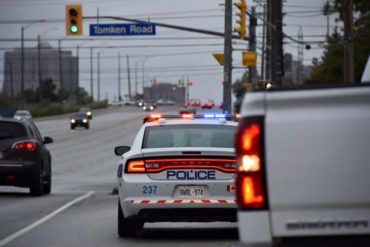 Now that brokers are able to send electronic pink slips to clients, “we are hoping that the provinces will catch up in due time [and] that they are going to accept it officially or unofficially just by sheer demand and need,” Redford said.

“This solution would allow brokers and carriers not only to send auto liability cards but all policy documents for personal lines and commercial lines insurance without requiring the end consumer to download an app or to create a profile on a company or a broker portal,” CSIO president and CEO Catherine Smola said during CSIO’s recent annual members meeting.

“Providing digital documents to today’s tech-savvy consumer is a baseline expectation of service,” Smola told CSIO members April 17 during the meeting at the National Club in downtown Toronto.

With My Proof of Insurance eDelivery, any documents in a Keal broker management system could be sent by email from the broker to the customer, Redford said Wednesday in an interview. Those documents include eSlips (electronic auto pink slips) that CSIO announced in June 2017.

The Ontario government promised in its budget document for 2017-18 that electronic proof of auto insurance would be accepted. The promise is in line with a recent recommendation from the Canadian Council of Insurance Regulators. But the Financial Services Commission of Ontario has yet to estimate when electronic proof will be accepted, citing risks such as liability if a police officer accidentally damages a motorist’s phone.