A worker injured on the job in an Alberta auto accident can sue the employer of the at-fault driver, the province’s court of appeal ruled in a recent decision. 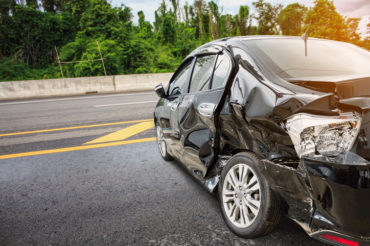 In McIver v. McIntyre, Lewis Morgan, an employee of Calgary Propane and Automotive, took Carlyle McIntyre’s vehicle out for a test drive on Apr. 23, 2012.  McIntyre was a customer of Calgary Propane who had dropped his car off for brake work.

McIntyre’s vehicle collided with a vehicle driven by Brent McIver, who was driving for work. McIver made a workers compensation claim.

The Workers Compensation Board sued McIntyre. Since garage employees are excluded from the standard auto policy in Alberta, McIntyre was unable to defend himself using his auto insurance.

As in other Canadian provinces, Alberta’s Workers Compensation Act generally protects employers from lawsuits arising from workplace injuries because employers pay into no-fault workers’ compensation insurance plans. But the court agreed with McIntyre’s argument that the garage should be 100% liable.

McIver countered that allowing such an apportionment of liability “would effectively permit a defendant to do indirectly what it could not do directly – to ultimately recover damages from a protected employer for injuries suffered by an employee in the course of their employment.”

The Workers Compensation Act stipulates that where a worker sues another party for a workplace injury, a court can hold a defendant “liable only for that portion of the damage or loss occasioned by the defendant’s own fault or negligence.”

In her lower court decision in 2016, Alberta Court of Queen’s Bench Justice Glenda Campbell ruled that Calgary Propane was 100% liable, finding that the “level of supervision” determines the degree of fault. Her ruling was upheld by the Alberta court of Appeal in a decision released Apr. 18, 2018. The appeal court noted Justice Campbell’s ruling  was“sensitive to Mr. McIntyre’s and Calgary Propane’s degrees of supervision over, and contact with, the negligent driver.”

The ruling “should not be understood as establishing that every time a vehicle owner leaves a vehicle at a garage for repairs, and an employee takes the vehicle out for a test drive and negligently injures a plaintiff, the employer garage is always (notionally) liable for 100% of the loss,” the court of appeal noted. “On different facts, other considerations and a different apportionment might well be appropriate.”