The World Bank Group has announced that it is creating the Pandemic Emergency Financing Facility (PEF), “an innovative, fast-disbursing global financing mechanism designed to protect the world against deadly pandemics, which will create the first-ever insurance market for pandemic risk.” 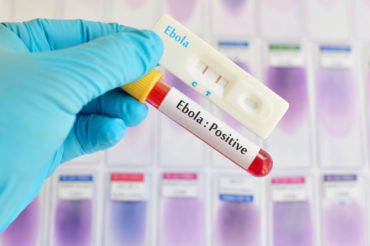 Japan, which holds the G7 Presidency, has committed the first US$50 million in funding toward the new initiative, the World Bank said in a press release on May 21. The announcement came ahead of the May 26-27 Summit of Group of Seven Leaders in Ise-Shima, Japan. Leaders from the G7 – which includes Canada, France, Germany, Italy, Japan, the United Kingdom and the United States – had urged the World Bank Group to develop the initiative during their May 2015 summit in Schloss-Elmau, Germany.

The new facility is expected to be operational later this year. It will “accelerate both global and national responses to future outbreaks with pandemic potential,” the release said, adding that the facility was built and designed in collaboration with the World Health Organization and the private sector, “introducing a new level of rigor into both the financing and the response.”

The PEF includes an insurance window, which combines funding from the reinsurance markets with the proceeds of World Bank-issued pandemic (catastrophe, or cat) bonds, as well as a complementary cash window. This will be the first time World Bank cat bonds have been used to combat infectious diseases, the release said, noting that in the event of an outbreak, the PEF will “release funds quickly to countries and qualified international responding agencies.”

The insurance window will provide coverage up to US$500 million for an initial period of three years for outbreaks of infectious diseases most likely to cause major epidemics, including new Orthomyxoviruses (e.g. new influenza pandemic virus A, B and C), Coronaviridae (e.g. SARS, MERS), Filoviridae (e.g. Ebola, Marburg) and other zoonotic diseases (e.g. Crimean Congo, Rift Valley, Lassa fever).  Parametric triggers designed with publicly available data will determine when the money would be released, based on the size, severity and spread of the outbreak, the World Bank said.

“The complementary cash window will provide more flexible funding to address a larger set of emerging pathogens, which may not yet meet the activation criteria for the insurance window,” the release said. All 77 countries eligible for financing from the International Development Association, the World Bank Group’s fund for the poorest countries, will be eligible to receive coverage from the PEF.

Recent economic analysis suggests that the annual global cost of moderately severe to severe pandemics is roughly US$570 billion, or 0.7% of global gross domestic product (GDP). A very severe pandemic like the 1918 Spanish flu could cost as much as 5% of global GDP, or nearly US$4 trillion, the World Bank said.

During the past two years alone, pandemic threats have included the Ebola crisis in West Africa – which crippled the economies of Guinea, Liberia and Sierra Leone, and cost them an estimated US$2.8 billion in GDP losses (US$600 million in Guinea, US$300 million in Liberia and US$1.9 billion in Sierra Leone); the MERS outbreak, which took a toll on the South Korean economy; and the Zika virus that is spreading in the Americas and putting thousands of unborn children at risk. 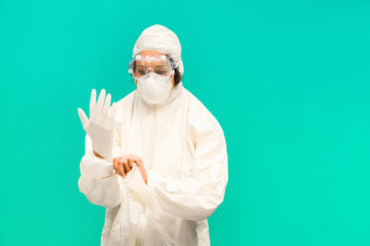 The World Bank said that the PEF will do a number of important things to prevent another Ebola crisis:

The World Bank estimates that if the PEF had existed in mid-2014 as the Ebola outbreak was spreading rapidly in West Africa, it could have mobilized an initial US$100 million as early as July to severely limit the spread and severity of the epidemic. Instead, money at that scale did not begin to flow until three months later. During that three month period, the number of Ebola cases increased tenfold, the World Bank reported, noting that the Ebola epidemic has claimed more than 11,300 lives and cost at least US$10 billion to date. International assistance has totalled more than US$7 billion for Ebola response and recovery.

“Pandemics pose some of the biggest threats in the world to people’s lives and to economies, and for the first time we will have a system that can move funding and teams of experts to the sites of outbreaks before they spin out of control,” said Jim Yong Kim, president of the World Bank Group, in the release. “This facility addresses a long, collective failure in dealing with pandemics. The Ebola crisis in Guinea, Liberia and Sierra Leone taught all of us that we must be much more vigilant to outbreaks and respond immediately to save lives and also to protect economic growth.”