How much of your salary would you give up for more meaningful work?

How much would you give up in annual pay for more meaningful work at your brokerage?

A recent study of 1,500 Canadian office workers found that almost half of them would give up nearly $9,000 in an annual pay raise for work that is more meaningful and less mundane. 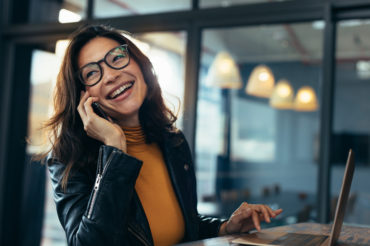 “That’s a bold statement,” said Marc LeCuyer, general manager for Canada at digital workflow company ServiceNow, which released the Quest for Meaningful Work study in March. “That’s the people who are next-generation-talent talking.”

The survey was not geared toward the insurance industry specifically, but its findings are definitely relevant. The average percentage of time spent on menial tasks was 37% – nearly double the percentage of time that workers expect to spend on such tasks.

This, in turn, has a negative effect on employee morale. Employees expect their employers to provide solutions that will minimize the time spent on menial tasks; this could go a long way towards improving staff morale.

“When you look at this Millennial base, or the Gen Zs coming up behind them, they are the first ones to tell you that they want to have purpose in their work,” LeCuyer said. “They want to be doing their best work and things that challenge them every day, and fewer mundane tasks – and they’re willing to take less salary or less income to get there.”

What can companies do to create more digital work environment? Organizations should be looking for any areas where they can digitize a workflow, particularly form-based workflows, LeCuyer recommended. “This is now looking at legacy processes that are in place today that could be either removed or redesigned in a digital manner. It’s looking at the way they route work today.”

For example, a company may have staff whose sole purpose is case classification, or routing work to others. “For machine learning, we’ve proven we’re 98.70% accurate on that and we can automate that task and enable people to go and do other tasks that they feel are more purposeful, versus just sitting there and routing stuff into people’s inboxes.”

Looking across all job-related tasks, a certain percentage of the workload is “low-level work,” LeCuyer said. “It’s mundane tasks, it’s repetitive, it’s things you don’t enjoy doing at all. We would like to leverage technology to remove that component of the workforce and provide more capacity for that human being. If the workload is 25% mundane tasks, then we want you doing more on the 75% of your job and using capacity there. That drives better employee satisfaction, it challenges the employee, and they feel more purposeful to the organization.”

Another benefit of digitization is the give-back of time, Paul Chapman, chief information office of Box Inc., told Canadian Underwriter recently.“I think the most precious gift we can give is time, because it’s not renewable. By giving back time through speed, efficiency, agility and automation, organizations are able to move and react much, much faster.”

More News
Related
Why this brokerage doesn’t focus on performance-based compensation
Reinsurance sector strongly positioned to deal with potential record-breaking losses of 2017: JLT Re
Why the Canadian broker channel is seeing more consolidation
Why brokers hail the D/X Initiative as “the start of the revolution”