XL Group Ltd. announced Monday it plans to offer a kidnap, ransom and extortion endorsement on its general aviation coverage. 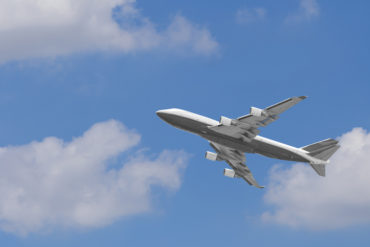 That coverage “will be available on an admitted basis” in all 50 states of the United States, pending approval, said Hamilton, Bermuda-based XL, which has been using the XL Catlin brand since it acquired Catlin Group Ltd.

The kidnap, ransom and extortion endorsement will have limits of up to US$1 million, XL said. It “includes coverage for ransom, in-transit delivery of ransom, extra expenses incurred as a result of the incident, legal liability and consultant services,” the carrier reported.

After the hijacking of four airliners by al-Qaeda operatives Sept. 11, 2001, “insurance providers invoked short-term cancellation clauses for war risk coverage, leaving the air industry in a predicament,” Dave Dawson, Transport Canada’s director of airports and air navigation services policy, said in November, 2014. He made his comments before the Senate’s Standing Committee on Transport and Communications, which at the time was studying Bill C-3, the Safeguarding Canada’s Seas and Skies Act.

Terrorist incidents such as the Sept. 11 attacks “are unforeseeable and can be quite large,” Dawson said at the time. “Because the air insurance industry has, for a long time, been unwilling to bear that risk and those costs, the government has been stepping in to help.”

Since then, Dawson added, “the insurance industry has rebounded and the government has been providing a program whereby we force the airlines to go out and get some insurance and if something happens we will cover.”

With the passage of Bill C-3, an omnibus bill, the federal government enacted the Aviation Industry Indemnity Act. With that law, the federal transport minister has the power to “indemnify one or more aviation industry participants – or one or more classes of aviation industry participant – against their loss or damage, or liability for loss or damage, that is caused by an event.”

An event can include “an act of unlawful interference with an aircraft, airport or air navigation facility, including an act of terrorism.” An event could also be “an act or omission in the course of armed conflict, war, invasion, hostilities, civil war, revolution, rebellion, insurrection, an application of martial law, a usurpation or attempted usurpation of power, a civil commotion or a riot.”