The shareholders of XL Group plc have voted in favour of changing the company’s place of incorporation from Bermuda, the Dublin, Ireland-based insurance carrier announced Thursday. 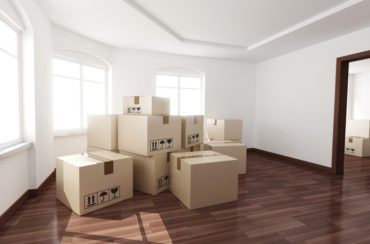 XL has been using the XL-Catlin brand for slightly more than a year, since it completed the US$4.1-billion acquisition of Hamilton, Bermuda-based Catlin Group.

“The redomestication remains subject to receipt of necessary regulatory approvals, satisfaction of other conditions and sanctioning by the High Court of Ireland,” XL said in a press release June 23. “A hearing before the High Court of Ireland to sanction the scheme of arrangement is currently scheduled for July 20, 2016.  XL expects to complete the redomestication in the third quarter of this year.”

In Canada, XL writes commercial property, liability and surety. The firm has offices in Toronto, Montreal, Vancouver and Calgary.

Related: XL Group proposes to relocate from Ireland to Bermuda

The move of XL-Catlin’s head office to Bermuda would be “a natural step for XL,” chief executive officer Michael McGavick stated in a release in March. “XL has had a presence in Bermuda since 1986, which grew significantly following the transformative transaction with Bermuda-based Catlin last year.”

“Following the Catlin transaction, and with the recent determination of full Solvency II equivalence for Bermuda, it has been concluded that the [Bermuda Monetary Authority] is best situated to serve as XL’s group-wide supervisor and to approve XL’s internal capital model,” McGavick stated in March.

“To effect the redomestication, a new Bermuda exempted company, XL Group Ltd, will replace XL Group plc as the ultimate holding company of the XL group of companies,” the firm stated June 23.

XL “traces its roots” to the merger of EXEL Ltd. and reinsurer Mid Ocean Ltd., “both of which maintained principal operations in Bermuda and were incorporated in the Cayman Islands in 1986 and 1992, respectively,” XL stated in its annual report for 2015. “In 1998 EXEL and Mid Ocean merged into a newly formed holding company in the Cayman Islands, EXEL Merger Company, which subsequently changed its named to XL Capital Ltd. in February of 1999.”