A plaintiff who was injured in an auto accident has had her award cut by $100,000 because she is not entitled to compensation for loss of income, the British Columbia Court of Appeal has ruled.

Yi Gao sued Brian Dietrich as a result of the collision, which happened in Richmond on May 30, 2013. Dietrich admitted liability. The main issues in the trial were how much money Dietrich should pay Gao for pain and suffering and for loss of income.

The loss-of-income award was overturned on appeal in Gao v. Dietrich, released Oct. 5, 2018. 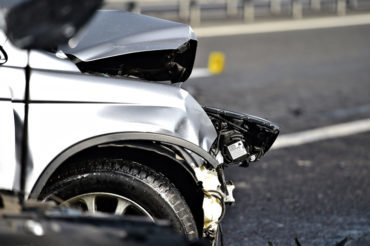 Savage ruled that the trial judge should have asked whether there was a “real and substantial possibility” that Gao would have become a financial advisor.

The trial judge noted Gao likely would have become a financial advisor, observing that Gao had an “incredible work ethic” and was “resourceful, independent and career-oriented.”

But the trial judge “committed a palpable and overriding error in concluding that it was probable that Ms. Gao would have been promoted to financial advisor at some time prior to trial had she applied, absent the accident,” Savage wrote in the unanimous decision. Had Gao been a financial advisor, she would have had to grow a book of business.

“It was necessary to adduce some evidence of how a financial advisor acquired a portfolio or book, and how that would apply to the circumstances of Ms. Gao, at that stage in her career,” Judge Savage wrote. “It was inadequate to refer to the average earnings of a financial advisor without providing a basis for applying that evidence to the circumstances before the court.”

Gao’s injuries included bruises and abrasions over her upper and lower body, “extreme driving-related anxiety” and low back pain. She had been driving eastbound through an intersection and Dietrich was making a left turn from the westbound lane. Gao was unable to stop and collided with Dietrich’s vehicle.