Aviva Canada is considering whether to seek leave to appeal to the Supreme Court of Canada after the New Brunswick Court of Appeal ruled last week that the insurer must pay a Catholic diocese about $3.4 million towards costs of settling sexual abuse claims dating back to the 1950s.

“There is no question that victims of sexual abuse must be taken care of,” Aviva told Canadian Underwriter in a statement Monday, but added the claims dispute “was about reimbursing the Catholic Church for voluntary payments it made to victims of the crimes perpetrated by its former priests. The Church should not be insured for amounts paid voluntarily for reasons that have nothing to do with insurance coverage.”

From 1957 through 1983, predecessors to Aviva wrote liability policies for L’Évêque catholique romain de Bathurst, a corporation that oversees several churches in northeastern New Brunswick. Church officials first heard allegations in the early 1960s that one priest in particular (sentenced in 2010 to eight years in jail for abuse dating back to 1958) was sexually abusing boys. 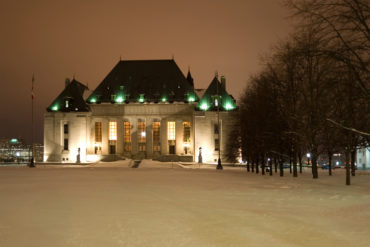 Several lawsuits were filed in the early 2000s against the diocese, which in 2008 sought coverage from Aviva. Aviva denied coverage on the basis of an exclusion for intentional acts.

The province’s appeal court overturned a ruling released Oct. 7, 2016 by Judge Stephen McNally of the Court of Queen’s Bench of New Brunswick. Although McNally made some findings against Aviva, he ultimately sided with the insurer.

McNally supported Aviva’s argument that the payments made by the church to settle the claims were not liabilities imposed by law because it was a conciliation process and not done the way lawsuits are normally settled. Judge McNally noted the claims were “sought out by the Diocese by open and public invitation in the churches.”

When the conciliation process was started, there were fewer than five survivors saying they were abused but at the end of the process there were more than 100, McNally wrote. Survivors were given the benefit of the doubt in their stories (unless there was something found to contradict it) and no standard of proof was applied to assess the diocese’s legal obligation to pay survivors, McNally added.

But that does not mean Aviva is off the hook, the three judges hearing the appeal (Margaret Larlee, Kathleen Quigg and Chief Justice of New Brunswick Marc Richard) ruled.

Quoting both Canadian and American case law, Richard said a commercial client who has been denied coverage on a liability claim “may be excused from defending a claim to trial and has the right to ‘buy peace at a reasonable price,’ even where the insured might not have been liable at law for the claim.”

An “abandoned insured,” Richard added, “is free to engage in a settlement process, and/or agree to a settlement, that is reasonable considering the factual matrix at play.”

Aviva’s statement to Canadian Underwriter Monday reports the insurer is “reviewing” its “legal options in pursuit of a potential appeal of the court’s decision.”

In his verdict after the trial in Moncton in 2015, Court of Queen’s Bench judge McNally disagreed with Aviva’s contention that the diocese made a material misrepresentation in applying for insurance. He also disagreed with Aviva’s argument that an exclusion clause for intentional acts should apply. Aviva argued the bishops could have foreseen that priests known to have committed sexual abuse could re-offend. But that does not mean the bishops actually intended for the abuse to occur, McNally countered.

Aviva was notified in 2008 that the diocese was seeking coverage for lawsuits arising from sexual abuse, which church officials had been aware of in the early 1960s.

The policies in question were issued between 1957 and 1975 by Canadian General Insurance Company and between 1980 and 1983 by Commercial Union Assurance Company. L’Évêque catholique romain de Bathurst was incorporated in 1939 by the province.

Appearing as an expert witness for the diocese was Frank Szirt, who had various senior underwriting roles at Crum and Forster Canada in the 1970s and 1980s. Szirt testified that until the mid 1980s, underwriters would not normally ask employers about the risk of sexual abuse committed by their employees and also the clients would not have been expected to disclose incidents of sexual abuse to their insurers.