Does CGL’s duty to defend apply to the insurance policy as a whole?

An insurer’s duty to defend under a provision in a commercial general liability (CGL) form is applicable to the insurance policy as a whole, the Court of Queen’s Bench of Alberta has ruled.

In a decision released Friday, the court denied an appeal from Intact Insurance Company. The insurer argued that a collection of its various forms (including warehouse and equipment breakdown forms) and the CGL represented two different types of liability insurance coverage purchased by Clauson Cold & Cooler Ltd., each with its own purpose. The court and Clauson could only look at the warehouse form to determine if there was a duty to defend Clauson against an action brought against it by a third party, Intact contended. 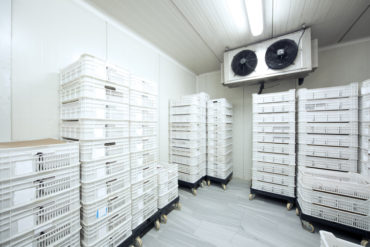 In an earlier decision, Master J.R. Farrington of the Court of Queen’s Bench concluded that losses claimed in pleading by both BHJ Canada Meat Products Ltd. and Bonduelle Canada Inc. could be insured losses under the policy, triggering Intact’s duty to defend Clauson.

BHJ said Clauson was responsible for the proper storage of BHJ’s frozen products and owned a duty of care to ensure the products remained frozen. BHJ alleged that on Sept. 8, 2015, it suffered loss to its products when they thawed while in the care of Clauson. In particular, Clauson was alleged to have failed to maintain the appropriate temperature and inspect its refrigeration equipment in its warehouse. These allegations have not been proven in court.

Bonduelle alleged that at various times in 2015 and 2016, its frozen goods were thawed and rendered unusable while in storage at Clauson’s warehouse. It also alleged Clauson breached its duty of care by failing to keep the goods at an appropriate temperature and not keeping the facilities in working condition. Bonduelle’s allegations have not been proven in court.

In the matter of whether Intact had a duty to defend BHJ and Bonduelle, the insurers said both equipment breakdown forms are first-party property insurance under which Clauson can claim its own loss. In contrast, the warehouse and CGL forms are liability insurance under which Clauson can seek coverage for claims brought against it by third parties. “Intact urges that Clauson and this court can only look at the warehouse form to determine whether a duty to defend has arisen,” Justice Dilts wrote.

Intact conceded that the BHJ and Bonduelle claims fell under the original coverage of the warehouse form. But it said the claims were not covered due to two exclusions related to “mechanical or electrical breakdown” and “loss or damage caused by or resulting from… extremes or changes of temperature.”

“Intact says the only logical conclusion that can be drawn from the claims in the BHJ and Bonduelle pleadings is that the frozen products of BHJ and Bonduelle thawed because of a change in temperature within the Clauson warehouse,” Justice Dilts wrote. “It says the exclusion in article 4A(j) of the warehouse form is clear and unambiguous and therefore that Intact’s duty to defend does not arise.”

Clauson, on the other hand, said a general duty to defend arises under the CGL language and that duty applies to the entire policy, including the equipment breakdown forms. Clauson pointed to language in the equipment breakdown consequential form that “expressly extends” coverage for spoilage from lack of refrigeration. “Overarching its position, Clauson argues that it is unreasonable to construe the policy or any of its components individually or together in such a way that would eliminate coverage to Clauson for the principle risk that a cold storage business has, i.e. the risk of damage to frozen stored goods.”

More News
Related
Organizations considering standalone cyber coverage should evaluate risk profile to see if traditional policies are adequate: RIMS
Why marijuana plant value is so important for adjusters
Why the cyber market has become so crowded
Quality of construction workmanship a major factor in water losses: RSA Canada CEO