A class-action lawsuit in Ontario, alleging a franchisor breached its duty of fair dealing under the Arthur Wishart Act, will not be heard by the Supreme Court of Canada. 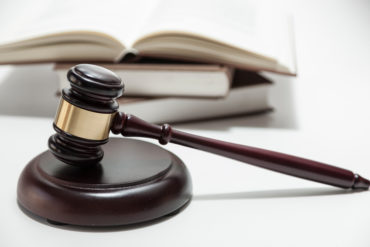 In 1250264 Ontario v. Pet Valu, a court cited an earlier finding – by the Supreme Court of Canada – which Borden Ladner Gervais ranked as a Top 10 legal risk for business in 2016.

Canada’s highest court announced Oct. 6 it has denied leave to appeal to 1250264 Ontario, which until 2012 operated a Pet Valu franchise in Aurora, Ont. 1250264 Ontario filed a lawsuit against Pet Valu Canada Inc., a pet food and supplies wholesaler and retailer with nearly 300 franchised stores. It was certified as a class action lawsuit in 2011. The class of plaintiffs is comprised of about 150 former Pet Valu franchisees.

In a ruling released Jan. 7, 2015, Mr. Justice Edward Belobaba of the Ontario Superior Court of Justice ruled partly against Pet Valu, finding that the firm “did not deal fairly or in good faith with its franchisees.”

That ruling was overturned on appeal. 1250264 Ontario unsuccessfully applied for leave to appeal to the Supreme Court of Canada.

Ontario’s Arthur Wishart Act stipulates that franchisors must provide franchisees with disclosure documents 14 days or more before they sign agreements or pay money to the franchisor.

Section 3 of that law “imposes on each party a duty of fair dealing in its performance and enforcement.” That duty “includes the duty to act in good faith and in accordance with reasonable commercial standards.”

The “gist” of 1250264 Ontario’s allegations were that Pet Valu “said it had substantial purchasing power; it was contractually obliged to share the volume-related pricing benefits with the franchisees; it did not do so,” Justice Belobaba wrote. “The defendant denies that it had any contractual obligation to share volume-related rebates, but says that in any event, all of the volume rebates were in fact shared with the franchisees by way of reduced prices.”

Justice Belobaba ruled there was a “reasonable expectation that Pet Valu was able to take advantage of volume discounts offered by suppliers and would, to some extent, share these discounts with its franchisees.”

However, he noted that in an affidavit in 2012, Pet Valu president Thomas McNeely stated that the firm “did not receive significant volume-based benefits from its suppliers.”

The Arthur Wishart Act was passed into law in 2000. It was tabled by Robert Runciman, then Ontario’s Progressive Conservative Minister of Consumer and Commercial Relations, who told the legislature in 1999 that the law was intended to “help small business investors make more informed decisions and encourage marketplace fairness.”

In its disclosure documents to franchisees, Pet Valu stated that a subsidiary, “by virtue of its significant purchasing power … is able to take advantage of volume discounts offered by suppliers.”

One of the common issues in the class action lawsuit asks whether Pet Valu received volume rebates.

Justice Belobaba added that the common issue “should be interpreted as also asking if ‘significant volume discounts’ were received by the franchisor.”

But in making this finding, Justice Belobaba “ultimately read additional language” into a common issue – framed by  the Ontario Superior Court of Justice judge who originally certified the class action lawsuit in 2011 – wrote Madam Justice Alexandra Hoy, on behalf of the Court of Appeal for Ontario, in a ruling released in January, 2016.

The Court of Appeal for Ontario overturned part of Justice Belobaba’s ruling, finding that he erred in interpreting that common issue.

The “precise wording” the common issues “was determined by the certification judge after submissions by the parties and after careful consideration,” Justice Hoy wrote.

The addition of the part about “significant” volume discounts “had reaching implications that Pet Valu could not reasonably have anticipated ” Justice Hoy wrote. The other two judges hearing the appeal – Madam Justice Jean MacFarland and Mr. Justice Peter Lauwers – agreed.

In 2015, Justice Belobaba noted there “can indeed be situations where fair dealing requires that the franchisor tell the franchisee the truth about an important and material fact – particularly if the opposite was stated in the disclosure document and franchise agreement.”

In its 2014 ruling in Bhasin v. Hrynew, the Supreme Court of Canada “suggested that the common law duty of honesty in the performance of contractual agreements ‘does not impose a duty … of disclosure’  and that ‘[t]he duty of honest performance … should not be confused with a duty of disclosure'” Justuice Belobaba wrote in Pet Valu. But he added that in Bhasin, the Supreme Court of Canada “was making this comment in the context of good faith in the common law and was not dealing with franchise relationships and the ‘special considerations’ that arise under the statutory prescription set out” in the Arthur Wishart Act.

The Basin ruling leaves a number of questions open,” BLG noted. “How will the new duty of honest performance be measured? What are its “minimum core requirements”? Is it a free-standing cause of action? How will damages be assessed? Will other new duties be recognized under the newly-recognized organizing principle of good faith performance?”

In ruling in favour of Pet Valu, the Court of Appeal for Ontario found that if, in light of the Basin ruling, non-disclosure on the part of a franchisor can breach the Arthur Wishart Act, “it did not do so” in the case of Pet Valu.

“The disclosure at issue was not withheld in bad faith in connection with Pet Valu’s performance or enforcement of the franchise agreement,” Justice Hoy wrote.

The Arthur Wishart Act was named after the MPP who represented Sault Ste Marie at Queen’s Park from 1963 until 1971. As Minister of Consumer and Commercial Relations, Wishart commissioned the Grange Report, released in 1971, which dealt with referral sales, pyramid sales and franchises. That report recommended disclosure laws for franchisors.

In the Bhasin ruling, the Supreme Court of Canada ruled against Larry Hrynew and Heritage Education Funds Inc., formerly known as Canadian American Financial Corp. (Canada) Limited (Can-Am), which was sued in Alberta by Harish Bhasin. Can-Am had given Bhasin notice they would not renew Bhasin’s contract to sell educational savings plans on behalf of Can-Am.

Courts need to recognize “there is a common law duty which applies to all contracts to act honestly in the performance of contractual obligations,” Mr. Justice Thomas Cromwell wrote in Bhasin.