Is your client liable for canoeing while impaired?

Yes, it is a criminal offence for your client to canoe while impaired. 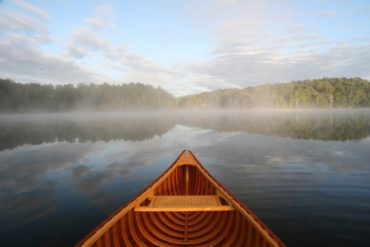 The Ontario Court of Justice recently ruled that canoes are in fact “vessels” under the Criminal Code.

The man is also charged with criminal negligence causing death after his canoe capsized, causing an eight-year-old boy to fall out of the canoe. The boy died after plunging down the falls of the Muskoka River in Bracebridge, Ont.

The man has pleaded not guilty to all charges. His trial is ongoing, and the court’s ruling about whether a canoe is considered a vessel was a crucial first step in the trial.

Currently, the definition of a vessel in Section 214 of the Criminal Code says nothing about canoes. It merely says a vessel “includes a machine designed to derive support in the atmosphere primarily from reactions against the earth’s surface of air expelled from the machine.”

“Both counsel [at trial] are in agreement s. 214 [of the Criminal Code] does not provide a comprehensive or complete definition of ‘vessel,’ in fact, it does not provide any definition at all,” Ontario Court Justice Peter. C. West recently ruled. “Where the Criminal Code does not clearly indicate the meaning of a word or term or expression the court must be guided by the principles of statutory interpretation. It would have been a simple task for Parliament to clearly indicate in s. 214 a comprehensive and inclusive definition of the term, “vessel,” yet they did not.”

The judge found that Section 4(4) of the Criminal Code permits the court to look for definitions in other federal acts where the subject-matter of those acts is the same as in the Criminal Code.

The judge found the term ‘vessel’ was first introduced through an amendment to the Criminal Code in 1961 to include three offences related to operating a vessel:

“Those offences as they related to a ‘vessel’ were already part of the Small Vessels Regulations under the Canada Shipping Act, in which the definition of ‘vessel’ clearly included all non-propelled ‘vessels,’” West wrote. Ultimately, the judge found that the relevant subject matter common to all federal laws “includes all ‘vessels,’ however propelled, which consequently includes a canoe.”

West noted that, like impaired drivers, the impaired operator of a pleasure craft such as a canoe “presents a continuing danger on the waterway.” He said the goal of the legislation is to be able to screen operators of a vessel to prevent an accident or emergency situation.

“Allowing police to briefly stop persons operating canoes to determine their sobriety falls clearly in what was envisioned by the Supreme Court in Orbanski respecting motor vehicles,” West ruled. “The stopping of small vessels is currently being done by provincial and municipal police forces that patrol the waterways.”

More News
Related
Drinking and boating accident sparks disagreement among judges
A driver is convicted of assault after a collision. Is the vehicle’s owner vicariously liable for the crash?
Your landlord agrees to insure the property. Why the landlord can still subrogate against you

2 Comments » for Is your client liable for canoeing while impaired?