How often are people scamming insurers with cheque fraud?

Insurance fraud is again in the news, after a Moncton, N.B. man was sentenced to 30 days in prison and 18 months probation for illegally intercepting two insurance cheques sent to an Aviva Canada insured.

Just how prevalent is cheque fraud in the insurance industry? It’s hard to tell. The Insurance Bureau of Canada told Canadian Underwriter Monday it doesn’t have statistics on cheque fraud. “IBC and its members provide investigative services to help contain the premiums of honest Canadian policyholders,” an IBC spokesperson said. “They take fraudulent activity seriously and will seek ways to prosecute and deny coverage for those defrauding companies.” 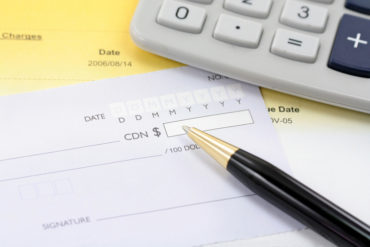 Several insurance companies were contacted for comment on how common cheque fraud is in the industry, but declined comment or could not be reached by press time.

“Over this same period, we’ve investigated 17 cases of suspected cheque fraud,” Lang said. “While this pales in comparison to the volume of claim and policy fraud investigated, cheque fraud can be challenging to investigate in that there is a high degree of time sensitivity to any available evidence, and the prospect of recovering any misappropriated funds. Cheque fraud also requires cooperation and coordination with police and financial institutions.”

Claim fraud occurs when a claimant reports a fictitious, distorted or exaggerated claim; the most common types being suspicious collisions, vehicle thefts and property fires.

Policy fraud occurs when a policyholder omits information or provides false information in their contract of insurance; the most common types are address misrepresentation and unlisted drivers.

In the case of the Moncton man sentenced to jail time, an Aviva Canada customer sustained minor injuries after he was involved in a vehicle collision with a moose in Scoudouc, N.B. in June 2017. The insured’s vehicle sustained significant damage; the claim was resolved within weeks and three settlement cheques were mailed to him.

Aviva Canada learned two of the three cheques did not reach the customer, and launched an investigation. With the cooperation of bank officials and a parallel investigation conducted by the Moncton RCMP, it was determined that Shane Oulton of Moncton had illegally intercepted the two cheques in question. “There was no conclusive evidence as to how this individual intercepted the cheques,” Lang said.

The insurer issued two new settlement cheques to the customer and on Sept. 4, Oulton was charged with fraud under $5,000 and possession of property obtained by crime. He pled guilty to both charges and was sentenced Oct. 30.

“We applaud the Moncton RCMP for their thorough investigation, reinforcing that fraud is a criminal offence which will not be tolerated,” Lang said. “In too many cases, cheque fraud investigations do not get the attention and resolution they deserve, and that is why we are very pleased with this outcome.”