Could CGL policy have to cover this dry cleaning pollution claim?

A coverage dispute over pollution exclusions might bring two of Canada’s largest insurers before the Supreme Court of Canada.

West Van Lions Gate Cleaners Ltd. has operated a dry cleaners in Vancouver since 1976. Until 1999 an automotive repair business was also at the same site. West Van Lions and its corporate owner were named in 2014 in a lawsuit by a neighbouring business, alleging that dry-cleaning chemicals and petroleum products entered groundwater and soil. Those allegations have not been proven in court.

West Van had commercial general liability policies written at different times by Intact and Economical. Both insurers had exclusions for pollution – which are common in CGL policies. 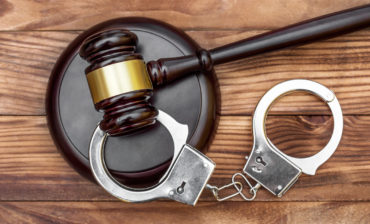 In 2016, West Van took Intact and Economical to court because both insurers denied coverage due to their pollution exclusions.

West Van has applied for leave to appeal before the Supreme Court of Canada, the top court announced Dec. 13.

Initially, Justice Joyce DeWitt-Van Oosten of the British Columbia Supreme Court decided in favour of the claimant. West Van Holdings Ltd. v Economical Mutual Insurance Company was released Dec. 29, 2017. Justice DeWitt-Van Oosten ruled that Intact and Economical owe West Van a duty to defend. This was due to the possibility the allegations against West Van, in the underlying lawsuit, would fall outside the exclusions.

But that ruling was overturned on appeal in a decision this past April.

Normally the Supreme Court of Canada decides within six weeks whether or not it will grant leave to appeal. If West Van’s application is denied, the B.C. appeal court ruling stands and the insurers owe no duty to defend. If leave to appeal is granted, then at some point the Supreme Court of Canada will hear both sides and could, conceivably, restore the original trial ruling.

Different policies from Intact and Economical in place at various times from 1998 through 2012.

Policies written by Intact from June 1998, through June 1999 – and by Economical from June, 2002 through June, 2006 – exclude liability for bodily injury or property damage “arising out of the actual, alleged or threatened discharge, dispersal, release or escape of pollutants … at or from premises owned, rented or occupied by an Insured.”

The other policies excluded liability for either bodily injury, property damage, personal injury or advertising liability “arising out of the actual, alleged[, potential] or threatened spill, discharge, emission, [dispersal,] seepage, leakage, migration, release or escape of pollutants … at, or from any premises, site or location which is or was at any time owned or occupied by, or rented or loaned to, any… Insured.”

In the underlying lawsuit, property owners near the claimant allege that contaminants “have been used, kept, disposed of, handled or treated on the adjacent lands in a manner that caused or allowed the contaminants to be discharged or deposited into, or to escape and enter the soils and groundwater” of both the neighbouring lands and West Van’s lands.

The shorter of the two exclusions “clearly and unambiguously excludes those claims from coverage,” Justice Richard Goepel wrote for the appeal court in its unanimous ruling in favour of Intact and Economical.

He added the polices are “occurrence based.” As such they are not intended to provide coverage for events which took place long before they came into effect.

Justice Goepel cited Consolidated-Bathurst v. Mutual Boiler, released in 1979 by the Supreme Court of Canada. In coverage disputes, a court should look for an interpretation of the policy that would “advance the true intent” of the client and the insurer – rather than a literal meaning that would bring about a result that would not be contemplated in the commercial context in which the insurance was contracted, Justice Willard Estey of the Supreme Court of Canada wrote in Consolidated-Bathurst. That case arose from a shutdown, in 1968, of a paper and wood products plant in New Richmond, Quebec. A loss of nearly $160,000 was denied by Mutual Boiler and Machinery Insurance Company due to an exclusion for damage to machinery arising from “depletion, deterioration, corrosion, or erosion of material.” In ruling for the client, the majority of the Supreme Court of Canada found if the claim were to be denied, the insured would have no coverage for what may well be the most likely source of loss.

In her West Van decision in 2017, Justice DeWitt-Van Oosten ruled there was some ambiguity in the exclusions for pollution in the Intact and Economical CGL policies.

She said it is not clear from the wording that the exclusions oust coverage for liability arising from pollutants that were used before West Van and Lions Gate owned the land or operated the businesses.

In addition to suing West Van for negligence, the neighbouring property owners also claimed they had a statutory cause of action under B.C.’s Environmental Management Act – which Justice DeWitt-Van Oosten describe as imposing “absolute and retroactive liability” on current owners. It also “reaches back and brings historical events into a current owner or operator’s present-day risk of liability,” Justice DeWitt-Van Oosten wrote in her 2017 ruling.

The exclusions also do not make it clear that the policies exclude concurrent liability, contributory liability or retroactive liability for property damage that arises from occurrences brought about by an independent third party but for which the insured is liable because it now owns or operates the land, Justice DeWitt-Van Oosten wrote in her original ruling.

But Justice Goepel countered on appeal that there is no suggesting in the underlying lawsuit that the land was contaminated by a third party.

3 Comments » for Could CGL policy have to cover this dry cleaning pollution claim?