The Ontario Licence Appeal Tribunal’s first ruling on whether an auto accident claimant is catastrophically impaired has been quashed by a three-judge Divisional Court panel.

The LAT, a quasi-judicial organization, is a forum for Ontario auto insurers and claimants to bring disputed accident benefits claims. Before 2016, such disputes were arbitrated by the Financial Services Commission of Ontario (FSCO). 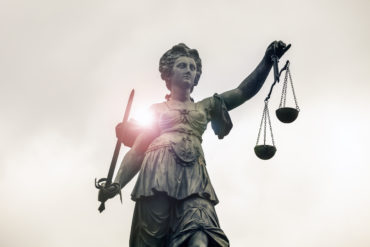 That ruling was set aside by the Divisional Court in its decision released June 20, 2018. The Divisional Court ruled that the LAT ruling was “subjected to a peer review process that did not contain the required safeguards of adjudicative independence,” Justice Thorburn wrote. Concurring were Justices Michael McKelvey and Frederick Myers.

The Divisional Court ordered that Shuttleworth’s accident benefits dispute be heard before a new arbitrator.

Several months after the LAT ruling, a lawyer received an anonymous note alleging that, after the LAT adjudicator drafted her decision, the draft was changed by the executive chair of the Safety, Licensing Appeals and Standards Ontario (SLASTO). Shuttleworth’s lawyer obtained some information after filing a Freedom of Information Act request, the Divisional Court noted.

LAT declined to be interviewed by Canadian Underwriter but a LAT spokesperson wrote in an email that LAT has a “peer and legal review process.” Comments made in that process “are non-binding and adjudicators are free to accept or reject them.”

As a result of the Divisional court ruling in Shuttleworth, LAT plans to put in writing that “all comments generated through the review process are for the author’s consideration only” and that those comments are “non-binding.”