A $300 million professional liability insurance claim from a bank could be the subject of a court trial in Ontario.

The Supreme Court of Canada announced last week it will not hear an appeal of Toronto-Dominion Bank, N.A. v. Lloyd’s Underwriter, released Dec. 21, 2017 by the Court of Appeal for Ontario.

It started with a $1.2-billion ponzi scheme operated by Florida lawyer Scott Rothstein, who was sentenced to 50 years in jail in the United States. 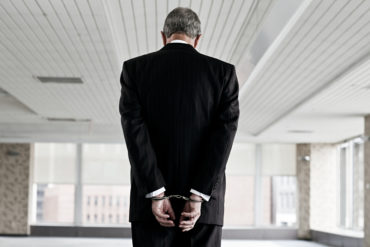 “TD had the singular good fortune to have acquired the bank that provided most of the banking services” to Rothstein and his law firm, Judge Sean Dunphy of the Ontario Superior Court of Justice wrote in his 2016 ruling in Toronto-Dominion Bank, N.A. v. Lloyd’s Underwriter.

His ruling, partly in favour of the bank, was overturned on appeal. TD applied for leave to appeal to the Supreme Court of Canada, which announced Nov. 29 it would not hear TD’s appeal.

As a result, TD Bank’s request for partial summary judgement is denied and the issue – of whether money lost by investors in the ponzi scheme was a “direct financial loss” for the purpose of interpreting part of TD’s insurance policy – will now have to go to trial.

Originally, Dunphy made a summary ruling to the effect that money lost by investors in the ponzi scheme was a “direct financial loss.” That ruling was an error, the Court of Appeal for Ontario decided in 2017.

After the Florida ponzi scheme unravelled, a TD vice president in Florida pled guilty in the U.S. to wire fraud and was sentenced to 2.5 years in jail. That vice president participated in the fraud, a U.S. court ruled in an investor’s lawsuit against TD.

TD was successfully sued in the U.S. by Coquina Investments. As a result of a trial in 2011, Coquina – a victim of the ponzi scheme – was awarded nearly US$50 million in damages. On top of that, TD paid US $443.3 million to settle additional lawsuits from other victims of the ponzi scheme. In addition, TD had to pay US$46 million in legal defence costs.

The plaintiffs sued TD because victims of the ponzi scheme deposited money to the ponzi perpetrator’s bank account with TD.

Part of that policy was for fidelity, or dishonesty. The fidelity bond has a limit of $300 million with a deductible of $100 million.

Dunphy’s original 37-page ruling dealt with numerous issues over the policy that the Lloyd’s-led group wrote for TD Bank, and whether or not the lawsuits arising from the ponzi scheme were covered.

TD made an “unusual” request for summary judgement because it wanted to use three of 19 lawsuits against it as “test cases” on whether part of the policy wording applied.  That wording was what Dunphy described as a “preamble” to the fidelity portion of the policy. In that preamble, the insurers agree to “make good to the Assured, as stated in the Insuring Clauses … such direct financial loss sustained by the Assured.”

More News
Related
Top court could hear disputed claim arising from $550-million ponzi scheme loss
When keeping customer’s car keys is not “custody” of a car
Study finds nearly half of 100 U.S. corporations surveyed have already filed an insurance claim as a result of a data breach
This ‘leading practitioner’ in insurance law is now a judge