If a client is sued for alleged road rage in Ontario, is coverage for the legal defence the responsibility of the home insurer, auto insurer or both? This question could go to the Supreme Court of Canada if it agrees to hear an appeal from Pembridge Insurance Company of Canada.

In 2013, a motorist was sued after allegedly getting out of his vehicle and threatening the occupants of a different vehicle. The latter vehicle fled the scene and was involved in a collision after allegedly running a red light.

Allegations against the defendant have not been proven in court.

At the time of the incident, the defendant was living at home with his father, whose auto and home insurers were The Dominion of Canada General Insurance Company and Pembridge respectively.

Pembridge went to court arguing that as the home insurer, it should not have to defend the lawsuit.  Pembridge was initially successful but a lower court ruling was overturned on appeal, meaning Pembridge and The Dominion are for the time being sharing the duty to defend. It’s possible a trial judge may ultimately conclude that Pembridge has no duty to indemnify, the Court of appeal for Ontario noted.

The Pembridge home insurance policy excludes claims arising from ownership, use or operation of a motorized vehicle. The Dominion said it should be up to the judge in the underlying trial to determine who provides coverage, arguing the defendant might be able to seek coverage under both the home and auto policies.

Initially, in Pembridge v. Chu et. al., Justice Chris De Sa of the Ontario Superior Court of Justice ruled against the Dominion, finding that the defendant is not entitled to defence or indemnification under Pembridge’s home insurance policy.

That ruling was reversed on appeal in Pembridge Insurance Company of Canada v. Chu, released Nov. 15, 2019 by Court of Appeal for Ontario.

In his original ruling, released Feb. 27, 2019, Justice De Sa noted that Ontario auto liability insurance covers for loss or damage arising out of the ownership or directly or indirectly from the use or operation of a vehicle. 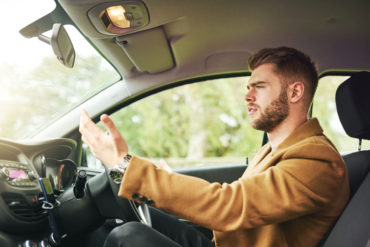 Citing the Supreme Court of Canada’s 1995 ruling in Amos v. Insurance Corp. of British Columbia, Justice De Sa said the phrase “arising out of” in auto policies are interpreted very broadly by Canadian courts. Amos arose when an ICBC client was shot in California after his van was surrounded by six men. The Supreme Court of Canada ruled against ICBC, which wanted to deny the client’s accident benefits claim.

In Pembridge, if a trial judge were to find that the lawsuit against the defendant arose from ownership, use or operation of a motor vehicle, then this would exclude coverage under the Pembridge home insurance policy, Justice De Sa wrote.

At the time the defendant was allegedly making threats against the plaintiff, he was no longer using his father’s car, the Court of Appeal for Ontario found. Therefore, one could argue that the “chain of causation” connecting the use of the car with the alleged threats was broken.

So it is possible that a trial judge could construe the automobile exclusion in the homeowner’s policy narrowly – meaning it does not exclude the defendant’s alleged actions after he got out of his car.

Determining who is ultimately responsible for indemnifying the defendant has to wait for a judge to make findings of fact.

Pembridge does not use the phrase “directly or indirectly” in its auto exclusion, the Court of Appeal for Ontario noted, citing Consolidated-Bathurst v. Mutual Boiler, released by the Supreme Court of Canada in 1979.

Consolidated-Bathurst arose from a shutdown in 1968 of a wood products plant in Quebec. In a coverage dispute, a Quebec judge ruled in favour of the insurer, finding that damage was caused by corrosion. The ruling was upheld by the Quebec appeal court but overturned in 1979 by the Supreme Court of Canada.

In the policy, the definition of accident excluded “depletion, deterioration, corrosion, or erosion of material.”

But if the insurer wanted to exclude consequences from an event, it could have said “accident does not mean that which directly or indirectly results from corrosion,” the majority of the Supreme Court of Canada ruled in Consolidated-Bathurst.