In a recent divided ruling over the constitutional rights of drivers suspected of being impaired after causing an accident, the Supreme Court of Canada has narrowly upheld the conviction of an Ontario woman who operated a boat after drinking.

R. v. Culotta, released this past Friday, shows disagreement among judges on the power police should have in asking suspects questions and using blood samples taken from drivers who are taken to hospital after an accident.

Christie Culotta was operating a boat with four other women at about 2 in the morning in the rain on Lake Muskoka. The boat crashed, injuring all five, who were taken to hospital. 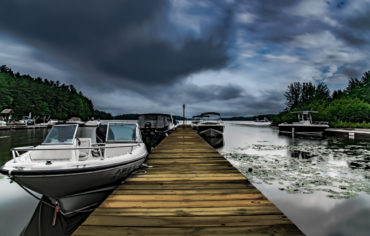 Culotta was convicted in 2017 of two counts of operating a vessel while having a blood alcohol content of more than 80 mg per 100mL.

She appealed her conviction, arguing some of her Charter rights were violated and therefore some evidence should have been excluded.

Two of three Court of Appeal for Ontario judges (Ian Nordheimer and William Hourigan) hearing Culotta’s case upheld her conviction in their ruling released this past July. Dissenting was Judge Gladys Pardu, who would have quashed the conviction.

Using blood samples taken more than three hours after the accident, a toxicologist had concluded that Culotta’s blood alcohol level – at the time the boat collision occurred – would have been anywhere from 119 to 172 mg per 100 mL.

Those hospital records should have been excluded, Culotta argued.

Judges Rosalie Silberman Abella and Sheilah Martin of the Supreme Court of Canada agreed. Those two were outvoted by Chief Justice of Canada Richard Wagner, Michael Moldaver and Malcolm Rowe.

The dissenting Supreme Court of Canada judges cited reasons given in 2018 by Judge Pardu.

What’s not in dispute is that some of Culotta’s Charter rights were violated. But the evidence considered by the judge who originally convicted Culotta can be used in court without bringing the administration of justice into disrepute, the majority of judges hearing her appeal ruled.

In 2017, trial judge Gregory Mulligan of the Ontario Superior Court of Justice found that police violated Culotta’s right to be free from unreasonable search and seizure. This is because they sealed two of her blood samples taken at hospital. Mulligan excluded those samples as evidence but allowed other hospital records to be entered as evidence.

In explaining why he dismissed Culotta’s appeal, Judge Ian Nordheimer noted that Culotta’s blood samples were taken at the “direct instruction of the emergency room physician” who also ordered that those samples be tested for alcohol level.

Two vials of blood were sealed and were later obtained by police through a search warrant.

“Whether the lab technician did or did not take other blood samples for the police, some blood would have been taken from the appellant, and it would have been tested for blood-alcohol concentration regardless. Consequently, the Charter infringement regarding the two vials of blood is independent of the other blood samples taken,” wrote Nordheimer.

Culotta countered that this “ignores the fact that all the blood was drawn” from Culotta at the same time and was part of the same course of events.

After the 2013 boating accident, a police officer entered the ambulance. Culotta admitted to him that she was the driver and had been drinking. Culotta was arrested, taken to a hospital in Bracebridge and had blood samples taken.

The arresting officer asked Culotta whether she wanted a lawyer to which Culotta replied, “No, my parents should be here soon. We have a family lawyer.”

The judges who would have quashed Cullotta’s conviction found that Culotta “did invoke her right to counsel.”

But Nordheimer  countered that Culotta did not specifically ask to speak to her lawyer. Culotta also asked police whether she would get “to blow into one of those machines to prove that I’m not drunk,” Nordheimer noted, adding Culotta was “well aware” that police were investigating her for possibly operating a vessel while impaired.

Taking blood samples requires consent from the patient, argues the Canadian Civil Liberties Association, which had intervener status in the case. “When there is an overlay of police involvement, hospital staff and doctors must obtain an informed consent that includes explaining what is necessary and is not for treatment.”

More News
Related
Is your client liable for canoeing while impaired?
A driver is convicted of assault after a collision. Is the vehicle’s owner vicariously liable for the crash?
Bartenders’ liability for impaired driving accidents – civil versus criminal
How this auto client got bus-ted

1 Comment » for Drinking and boating accident sparks disagreement among judges