A lawsuit filed by an employee terminated without cause and given two weeks’ termination pay plus 12 weeks’ salary in lieu of notice could reach the Supreme Court of Canada. 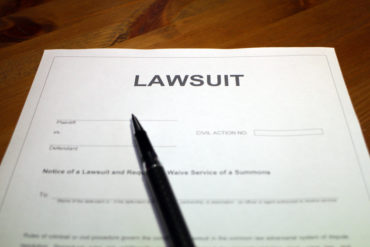 Court records indicate that Lesley Cabott started working, as a professional planner and supervisor, in April, 2013 for Urban Systems Ltd. in Whitehorse.

“She was dismissed without cause on May 27, 2014,” wrote Madam Justice Mary Saunders on behalf of the Yukon Court of Appeal, in a ruling released April 27.

Urban Systems “paid Ms. Cabott two weeks’ termination pay in accordance with legislative requirements, and a further 12 weeks’ salary in lieu of notice,” added Justice Saunders, in a decision in favour of the employer. Initially, the Supreme Court of the Yukon – in a decision released May 8, 2015 – ruled that an appropriate notice period, in Cabott’s case, was six months.

In its unanimous decision, the Yukon Court of Appeal set aside the order, granting judgment based on four months’ notice instead of six. Cabott has filed leave to appeal to the Supreme Court of Canada, the highest court announced July 15.

In 2015, Justice Randall Wong suggested a six month notice period was appropriate when one considers Cabott’s “age of 53 years, the latter part of her career, the specialized professional skills, the expectation of secure employment and possible eventual transition of work and retirement to Vancouver, together with her role of senior and supervisory management in Whitehorse.”

However the Yukon Court of Appeal found that Justice Wong erred in considering her desire to move to Vancouver.

“There is no evidence that Ms. Cabott’s aspiration was consistent with the employer’s purpose in offering her employment, which was to advance its Whitehorse office by developing business in the Yukon and Northwest Territories,” Justice Saunders wrote. “On the evidence, Ms. Cabott’s employment was geographically specific. Her hope of using the position to return to the Lower Mainland of British Columbia was in the realm of speculation.”

One was Hall v. Quicksilver Resources Canada Inc., released June 26, 2016. The other was Saalfeld v. Absolute Software Corporation, released in 2009.

In Saalfield, the court upheld a B.C. Supreme Court ruling that found Jennifer Saalfield was entitled to five months’ notice. She had been dismissed July 24, 2007 after having worked since Nov. 13, 2006 as a federal territory manager for Absolute Software.

“The company paid her one week’s salary in lieu of notice, salary and benefits accrued to that date, including commissions, and refunded her contributions to the Employee Share Ownership Plan,” noted Madam Justice Carol Huddart of the B.C. Court of Appeal. Justice Huddart added that lower court ruling, that Saalfield was entitled to five months’ notice, “was on the very high end of an acceptable range” but not one that “warrants appellate intervention.”

In Hall, the B.C. Court of Appeal ruled in favour of Quicksilver Resources Canada Inc., which had paid Kenneth Hall in in lieu of one week’s notice after terminating Hall’s employment, without cause, Feb. 5, 2014. Hall had worked for Quicksilver since May 25, 2013. Quicksilver had purchased the Elk Falls pulp mill (Hall’s employer) from Catalyst Paper Corp.

Hall was facilities manager at the pulp mill and was the only employee after it was decommissioned. He was advised in 2012 that his job at the site would be ending and accepted an offer of a one-time payment of $125,345 from Catalyst. The B.C. Supreme Court ruled that the payment was a retention bonus and not severance, and awarded Hall 18 months’ pay in lieu of notice.  The B.C. court of appeal disagreed.

On appeal, the damages owed by Quicksilver to Hall were reduced to “an amount equal to pay in lieu of three months’ notice.”

In Cabott, Justice Saunders of the Yukon Court of Appeal noted that “for a short term employee the useful starting place in discussing range is the two to three months spoken of in Saalfeld and Hall. The only feature of this case that would extend that range (there being no special circumstances such as inducement, bad faith or a poor labour market) is a level of responsibility not present in those cases.”

Both Saalfield and Hall were younger than Cabot at the time they were dismissed.

“It is not apparent to me, however, that the notice period should be extended in this case for that reason,” Justice Saunders wrote. “It is not invariable that a mature person will have difficulty securing a new position. Some occupations by their nature are more likely to be occupied by individuals who, as a consequence of wisdom, experience and reputation acquired over the years, are older.”