How Intact lost this battle over vehicle storage fees

Canada’s largest P&C insurer has suffered a setback in its quest to minimize vehicle storage fees.

A recent Ontario court ruling means that, for the time being, Intact Insurance has to pay J.P. Towing Service & Storage Limited storage fees of $70 a day after Intact-insured vehicles are recovered after accidents. 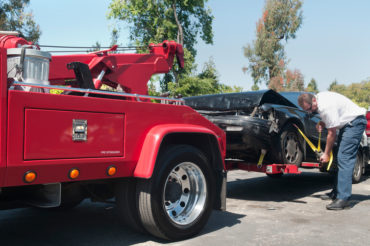 J.P. Towing is contracted by the Toronto Police Service to tow vehicles which are abandoned or involved in a collision. The company charges $180 for towing and $70 a day for storage, Justice Pattillo wrote.

From 2012 through 2018, Intact made 108 applications, on behalf of auto insurance clients, to court under Section 24 of Ontario’s Repair and Storage Liens Act. In each case, Intact was asking the court for a certificate giving Intact possession of a vehicle stored by J.P. Towing, while the dispute over storage fees was being resolved.

Other insurers have also made similar applications against J.P. Towing.

In 2016, a Small Claims Court judge ruled in favour of J.P. Towing over the $70 daily storage rate that the towing company charged for a vehicle owned by one particular Intact client – Christopher Sherwood.

This is because in J.P. Towing, Justice Pattillo ruled that the legal concept of issue estoppel applies to the Sherwood ruling.

Issue estoppel essentially means that a decision has already been made on the same question involving the same parties and that previous decision is final.

Justice Patillo’s May 1 ruling was on a series of motions brought by J.P. Towing.

As a result of his finding (on issue estoppel) in favour of J.P. Towing, Intact has to pay J.P. Towing nearly $37,000 in legal costs.

The May 1 decision, however, was not entirely against Intact. Justice Pattillo declined to award J.P. Towing $1 million in punitive damages, finding that Intact’s conduct was neither high-handed nor malicious. He also found that Intact was not being vexatious in continuing to dispute the $70-a-day storage fees.

Intact had argued the 2016 Sherwood case was about the fair value to store Sherwood’s vehicle only. But Justice Pattillo found that Intact had understood that it would be bound by the 2016 Sherwood decision on the daily storage rate with respect to Intact’s auto clients.

In 2013, lawyers for Intact and J.P. Towing agreed that they would select a test case and the result would be “persuasive” on remaining cases. Sherwood was selected as that test case.

“The agreement between the parties preserved each party’s right to appeal any decision (which was not exercised in Sherwood) and following the decision, the parties could settle the remaining cases or determine the appropriate course of action,” Justice Pattillo wrote. “To the extent that the remaining cases concerned issues regarding the towing fee or the number of days of storage, those issues remained alive and were not resolved by Sherwood. They would have to be resolved or litigated. However, as between J.P. Towing and Intact, Sherwood settled the issue of the daily storage rate at $70 a day.”

In 2015, the Ontario government passed Bill 15, the Fighting Fraud and Reducing Automobile Insurance Rates Act, which changed several laws. One result of that omnibus bill was that under the Repair and Storage Liens Act, vendors can only store vehicles for 15 days (down from 60) after an accident without giving notice to the owner.

Bill 15 made numerous other changes affecting auto insurance. One result is that disputed accident benefits claims now go to the Licence Appeal Tribunal instead of the Financial Services Commission of Ontario.