A Supreme Court of Canada ruling against the New Brunswick provincial government means it is now easier in some cases for defendants across Canada to argue lawsuits against them should be thrown out of court because they are time-barred, a Torys LLP litigation lawyer suggests.

“The plaintiff does not need certainty of liability nor does the plaintiff need knowledge of each element of the cause of action” before the limitations clock starts running, Torys LLP associate Winston Gee said Aug. 11 in an interview with Canadian Underwriter.

He was commenting on the impact of Grant Thornton LLP v. New Brunswick, released July 29 by the Supreme Court of Canada.

“This is an important case. Limitations periods are really important because they can put an end to substantial litigation,” said Gee, who was not representing any party in the Grant Thornton case.

It all began in 2009 when the New Brunswick government essentially co-signed a $50-million loan, by The Bank of Nova Scotia, to the Mirimichi, N.B.-based Atcon Group of Companies. The province guaranteed the loan on the condition of an external audit – by Grant Thornton LLP professional accountants – of Atcon’s books.

In 2009, Grant Thornton told the province that Atcon’s financial statements represented the actual financial position of Atcon “fairly, in all material respects” and in accordance with Canadian generally accepted accounting principles. But Atcon later ran out of money. The New Brunswick provincial government ended up having to pay Scotiabank the $50 million owed by Atcon to the bank. 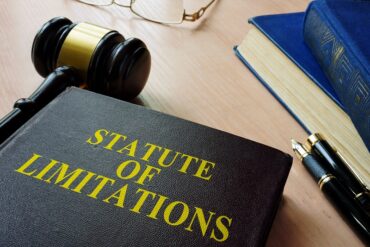 In 2014, the province filed a lawsuit against Grant Thornton in the New Brunswick Court of Queen’s Bench. In its defence, Grant Thornton argued that it audited Atcon’s books with due diligence, skill and prudence. Another defence – which was ultimately successful as a result of the July, 2021 top court ruling – was that the lawsuit is time-barred.

The appeal was not over the question of whether Grant Thornton actually exercised skill or diligence, as an auditor, when it looked at Atcon’s books. Instead, the question before the Supreme Court of Canada was, when did the New Brunswick government “discover” it had a possible claim against Grant Thornton?

The New Brunswick Limitations Act says a plaintiff cannot bring a claim against a defendant more than two years after the claim is “discovered.”

There is also a common-law rule, Canada-wide, that says the limitations clock “begins to run when the material facts on which the claim is based have been discovered, or ought to have been discovered, by reasonable diligence on the part of the plaintiff,” Torys LLP’s Gee told Canadian Underwriter.

The Supreme Court of Canada, in Grant Thornton, “clarified that this common law rule can be modified by provincial legislation,” said Gee.

“Most provinces have the same language in their limitations acts as the New Brunswick legislation that was dealt with by the Supreme Court in this case,” Gee said of the Grant Thornton ruling.

“Because of that, this decision would have an impact beyond New Brunswick – and extend to all other provinces where the [limitations rules on lawsuits] contains similar language which has neither modified nor ousted the common law rule.”

As early as March 18, 2010 – more than four years before it filed its lawsuit against Grant Thornton – the province  “could reasonably have inferred that Grant Thornton caused or contributed to the act or omission giving rise to this loss,” Justice Grant wrote in 2019.

Justice Ernest Drapeau countered that the provincial government could not have known – as of 2010 – whether Grant Thornton’s audit of Atcon’s financial statements fell below an “applicable standard of care.”

Justice Drapeau was writing for the New Brunswick Appeal Court in 2020 when it ruled in favour of the province.

“The two-year limitation period begins to run the day after the plaintiff knows or ought reasonably to have known facts that confer a legally enforceable right to a remedy. In actions for negligence, that right only exists if the defendant was under a relevant duty of care and its loss-causing act or omission fell below the applicable standard of care,” Justice Drapeau wrote for the appeal court in its unanimous 2020 ruling.

But in 2021, the Supreme Court of Canada found that the province “discovered” its claim February 4, 2011 –  three years and four months before it filed its lawsuit. The 2011 date was when the second accounting firm delivered a draft report to the province on Atcon’s financial statements that offered a different opinion from that of the Grant Thornton accountants.

Upholding the New Brunswick appeal court ruling would “move the needle too closely” to saying that a plaintiff must be certain that it has a case against a defendant in order for the the limitations clock to start running, Justice Michael Moldaver wrote for the Supreme Court of Canada in its unanimous July 29, 2021 ruling.

“A claim is discovered when a plaintiff has knowledge, actual or constructive, of the material facts upon which a plausible inference of liability on the defendant’s part can be drawn.”

The plausible inference of liability requirement ensures that the degree of knowledge needed to discover a claim is more than mere suspicion or speculation,” wrote Justice Moldaver.

In the past, “some courts were requiring a stricter standard,” than the standard outlined in the July 29 Grant Thornton ruling, as to when plaintiff discovered the claim, Gee told Canadian Underwriter Aug. 11.

“The Supreme Court has clarified that the standard is lower,” said Gee.

“It is unfair to deprive a plaintiff from bringing a claim before it can reasonably be expected to know the claim exists. At the same time, requiring a plausible inference of liability ensures the standard does not rise so high as to require certainty of liability,” Justice Moldaver wrote for the Supreme Court in Grant Thornton.