An Ontario court has ordered FM Global to pay compound pre-judgment interest of US$14.8 million (about CAD$21 million) on a $25-million court award.

The business interruption claim arose out of a 2009 leak at the Chalk River, Ont., nuclear reactor. Based on this court award, insurance companies engaged in a protracted BI claim will want to pay attention to how much their client is borrowing to stay in business while the legal matter gets resolved, an insurance defence counsel recommends.

“When PJI [pre-judgment interest] is expected to be a significant issue, defence counsel would be wise to ask on discovery whether the plaintiff is seeking PJI at the [Ontario] Courts of Justice Act rate [a simple interest calculation],” Brian Sunohara of Rogers Partners LLP wrote in a blog for Mondaq. “If the plaintiff is seeking an enhanced [compound] PJI rate, questions should be asked on the basis for same and on whether the plaintiff had to borrow money as a result of the insurer’s refusal to pay.” 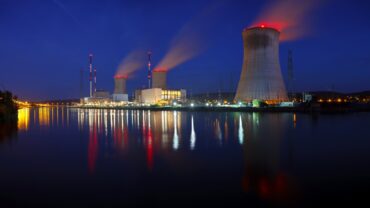 In MDS Inc. v. Factory Mutual Insurance Company (FM Global), MDS Inc., an international health and life sciences company, made a claim for loss of profits after a radioactive leak caused the shutdown of the Chalk River nuclear reactor in May 2009.

Due to the leak, MDS was unable to purchase and resell radioisotopes used for cardiac imaging, cancer treatment, and sterilization of medical products, which caused a loss of profits of over $121 million.

FM Global had issued a worldwide, $700-million all-risks policy to MDS Inc., covering property from all risks of physical loss or damage. On Aug. 4, 2009, FM Global denied coverage, arguing that corrosion present in key components of the Chalk River nuclear reactor had been known well in advance; since the leak was not a fortuitous event, the loss was excluded from coverage.

After a 10-year legal battle, the Ontario Superior Court awarded MDS Inc. $25 million. During that time, MDS borrowed money to continue operations while it pursued its insurance claim with FM Global. The latest dispute over the amount of pre-judgment interest turned partially on two matters: 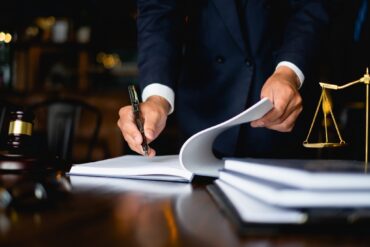 “Although the [FM Global insurance] policy [issued to MDS Inc.] does not stipulate compound interest on amounts payable, the entire essence of an all-risks policy is a recognition that the insured would be financially harmed by a fortuitous loss if they were not indemnified for the losses suffered,” Ontario Superior Court Justice Janet Wilson ruled in an endorsement released July 28. “The basic principle of an insurance contract is that the insured pays premiums to have peace of mind and to be indemnified by the insurer if it should suffer fortuitous damages. In these circumstances it is appropriate to exercise equitable common law jurisdiction to award compound interest reflecting what was actually paid over the years….

“To award pre-judgment interest in accordance with the actual cost of borrowing, including compounding of any interest paid, is not punishment, but simply fair, just compensation based upon the facts of this case.”

The court’s decision to use compound interest in MDA Inc. was a surprise, Sunohara noted in his blog.

“Ultimately, Justice Wilson applied an interest rate of 5.14% instead of 1%,” he wrote. “This was based on the average rate of borrowing for the period during which interest was awarded. In addition to an enhanced PJI rate, Justice Wilson surprisingly held that the PJI should be compounded annually from the date of the notice of the claim to the release of the decision. This resulted in an additional $2 million of PJI.”

Insurers should keep this decision in mind, particularly in large, first-party claims, Sunohara concluded. “The potential for an enhanced PJI rate and compound interest can have a substantial impact on reserves and exposure. In this case, it made a $18.6 million (CAD) difference, surely one that the insurer did not anticipate.”