A home insurer that paid about $800,000 for an oil spill claim cannot sue the fuel companies in the insured’s name because the homeowner had declared bankruptcy, the Court of Appeal for Ontario ruled recently.

Art and Wendy Douglas lived near Kingston. Each declared bankruptcy, although at different times. In early 2008, a shipment of fuel oil to their home spilled.

Their homeowner’s policy with State Farm covered “accidental escape” of fuel oil. Ultimately, cleaning up the pollution cost State Farm (the Canadian operations of which are now owned by Desjardins) about $800,000. 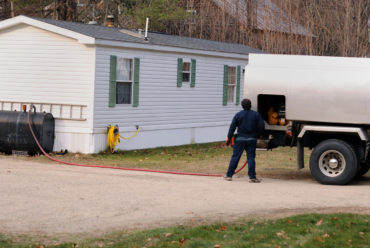 The subrogation clause in the policy stipulated that State Farm would have the right of “recovery against others” and the right to sue defendants in the name of the insureds. So State Farm wants to sue the fuel companies in the names of Douglases, who are insured under the policy.

The defendants asked for the case to be thrown out of court. The defendants argued that State Farm did not have subrogation rights because the property owners were the trustees in bankruptcy, who were not named as plaintiffs. That argument was rejected by Justice Brian Abrams of the Ontario Superior Court of Justice in a ruling released in August 2014.

Abrams’s ruling was upheld by Ontario’s Divisional court in 2016,  but overturned by the Court of Appeal for Ontario on Mar. 9, 2018.  The Appeal Court’s ruling in Douglas v. Stan Fergusson Fuels Ltd. did not deal with the merits of the allegations, but rather on the question of whether or not State Farm can proceed with suing the defendants in the name of the homeowners.

Desjardins told Canadian Underwriter Wednesday it has not decided whether it will apply for leave to appeal the ruling to the Supreme Court of Canada.

Canada’s Bankruptcy and Insolvency act stipulates that a bankrupt person does not have “any capacity to dispose of or otherwise deal with their property.”

State Farm could have launched a subrogated claim in the name of Douglas’s trustee in bankruptcy, but not in Douglas’s name, Justice Alexandra Hoy of the Court of Appeal of Ontario wrote in the decision released March 9, 2018. Concurring were Justices Mary Lou Benotto and William Hourigan. Dissenting were Justices Paul Rouleau and Lois Roberts.

State Farm “did not request the trustee to take a proceeding against the appellants and did not bring a motion for an order authorizing State Farm to take the proceeding in its own name and at its expense and risk,” Justice Hoy wrote. “Most significantly, the trustee is not a party to this action. Indeed, there is no indication that the trustee, who is now discharged, was even given notice that State Farm would seek an order against the trustee on appeal under s. 38 of the [Bankruptcy and Insolvency Act].”

More News
Related
Fort McMurray wildfire could hurt 2016 Q2 results for some Canadian p&c insurers, companies offering help
This Supreme Court ruling could drive environmental insurance sales
Why your CGL pollution exclusion may not go far enough
Paid This is how savvy commercial underwriters are getting ahead of the competition