After her home burnt down, a homeowner tried to get the proposed rebuild to fit the quotation of an insurer, contributing to a breakdown in the relationship between the homeowner and the contractor. The dispute led to a lawsuit to which the insurer (TD Insurance) was not a party.

Mary Aylward’s home near the Bay of Quinte by Lake Ontario, burned down in August 2012. TD Insurance wrote Aylward’s homeowner policy and sought quotes to rebuild the house.

Aylward had the option of getting her own quote to rebuild. So Aylward and her son signed a contract in October 2013 with Rebuild Response Group, Harmony Homes Quinte Inc. and Tom Streek, principal of Rebuild Reponse. But the following January, Aylward demanded her $175,432 deposit back from the constructor, who argued that deposit was non-refundable.

After a trial in Belleville, Ont., 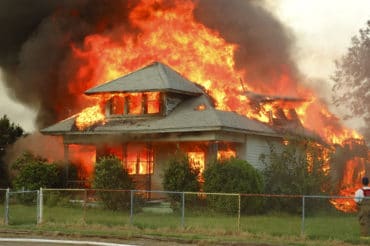 Ontario Superior Court Justice Wolfram Tausenfreund ruled against Aylward, finding it was Aylward and not the constructor who terminated the contract and that the contractor is entitled to retain its deposit.

Aylward had hired a lawyer in 2013 to help her with the contract with the builder and also with her letter to TD Insurance advising her of her intent to hire builders. Several problems arose. First, TD would only reimburse her $657,209, which was about $44,000 less than the $701,730 quoted by the contractor. This was based on TD’s conclusion that a separate quote obtained from TD was the “most competitive” quote to rebuild Aylward’s home.

It is standard practice for home insurance policies to cover reconstruction of a destroyed building, but only for a new building of “like kind and quality.”

TD Insurance also told Aylward the insurer wanted no “environmental issues” when demolishing the remains of her existing home. As a result, the contractor could not start demolition immediately. Furthermore, her additional living expenses – standard home insurance coverage when damage forces a client to live elsewhere – was going to run out in May 31, 2014.

Aylward approached Streek in December 2013, hoping to change the scope of the work in order to reduce the price to an amount closer to the price that TD was willing to pay. Meanwhile, Streek was concerned he may not be able to complete the home by May 31, 2014. The “discussions did not go well,” Justice Tausenfreund noted.

Several email exchanges ensued between Aylward and Streek in late 2013 and early January 2014. Aylward wanted assurance that the home would be complete by May 31. She also wanted to make the home 200 square feet smaller to reduce the price, but the contractor said he would have to make it 400 feet smaller to meet TD’s price.

Ultimately, Aylward demanded her deposit back and the parties ended up in court. Aylward had $2 million in coverage from TD for the building, contents and living expenses. But that amount was “not a blank cheque within the ambit of the insurance coverage,” Justice Tausenfreund explained.

More News
Related
How legalizing pot will affect your insurance policies
Your landlord agrees to insure the property. Why the landlord can still subrogate against you
How many Canadians actually understand water damage coverage?
Does CGL’s duty to defend apply to the insurance policy as a whole?