The outcome will no doubt affect some risk managers because employers can be held responsible for injury or damage if a worker causes an accident while under the influence of alcohol or drugs.

Suncor Energy Inc. started testing oil sands workers north of Fort McMurray, Alta. for drug and alcohol impairment in 2012 but were stopped when a provincial arbitration panel ruled in favour of labour union Unifor. The union argued that random testing is an invasion of privacy. As a result of a Supreme Court of Canada decision last week, the issue will go before a new arbitration panel. 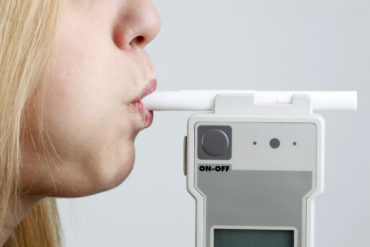 “Employers are prosecuted and severely punished when workers under the influence of cannabis and other drugs cause workplace accidents,” wrote Norm Keith, a lawyer for Fasken Martineau DuMoulin LLP, in a brief last year to a House of Commons committee. Keith’s comments were on the cannabis legalization bill and not on the Suncor case.

In Suncor Energy Inc v Unifor Local 707A, released in 2016, Justice D. Blair Nixon of the Alberta Court of Queen’s Bench found that the arbitration panel made errors. Justice Nixon ordered the matter be re-heard before a panel of new arbitrators. The order to re-hear the dispute was opposed by Unifor but upheld in September, 2017 by the Court of Appeal for Alberta. On June 14, 2018 the Supreme Court of Canada announced it will not hear an appeal from Unifor.

“The point about proactive and random testing is not about seeing how many people you can catch, but is really to deter anyone from doing something illegal or reckless and harmful to others,” Keith told Canadian Underwriter earlier, in the context of Communications, Energy and Paperworkers Union of Canada, Local 30 v. Irving Pulp & Paper. Ltd., a Supreme Court of Canada ruling released in 2013.

The Irving decision was cited by the Alberta arbitration panel in 2014.  In reviewing the dispute involving Suncor, Justice Nixon ruled – among other things – that the arbitration panel imposed “more stringent requirements than those contemplated” by the Supreme Court of Canada in Irving. In Irving, the majority of Supreme Court of Canada judges were not convinced that the risk of an accident – at a Saint John, N.B. paper mill operated by Irving – was high enough to justify random drug and alcohol testing of workers in safety-sensitive positions.

For its part, Suncor is still prohibited from random drug and alcohol testing of workers in safety sensitive positions. This is because in December, 2017, an Alberta Court of Queen’s Bench judge issued an injunction at the behest of Unifor, essentially prohibiting random drug and alcohol testing. This injunction is intended to apply unless the new arbitration panel (initially ordered by the Court of Queen’s Bench in 2016) rules in favour of the employer. The injunction was upheld by the Alberta Court of appeal in a ruling released Feb. 28, 2018.