How these proposed lawsuit rules could benefit insurers

If proposed rules affecting Ontario lawsuits are brought into place, insurers could be paying much less for plaintiffs’ expert witnesses, a lawyer suggests.

There is a proposed set of rules that would require plaintiffs suing for $200,000 or less to bring their claims under the simplified rules, said Ari Krajden, partner and co chair of the coverage practice group at Zarek Taylor Grossman Hanrahan LLP. 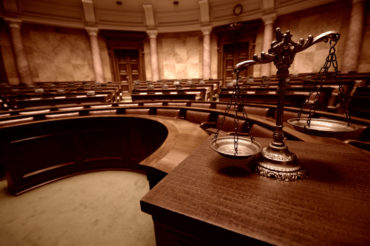 Those rules were unanimously approved by Ontario’s Civil Rules Committee, which has 29 members, including judges and lawyers.

The provincial government is not saying whether it plans to table legislation putting the new rules into effect.

Canadian Underwriter asked a spokesperson for the Ministry of the Attorney General whether the government plans to introduce legislation that would put the recommended changes into effect.

The spokesperson replied that the Civil Rules Committee “has exclusive jurisdiction” to make rules for civil lawsuits in Ontario courts.

But a spokesperson for the Civil Rules Committee said the proposed changes are merely recommendations, and that legislation would be required to put the changes into effect.

This is because the proposed changes cannot be implemented without changing both the Rules of Civil Procedure and Courts of Justice Act.

“If these changes are accepted by the legislature, what they are really directed towards is personal injury cases,” Krajden said.

Among the key proposed changes are capping cost awards at $50,000 and disbursement awards at $25,000, he said. In a lawsuit, a losing party can be ordered to pay the winning party’s legal costs and disbursements, which is money the party has to pay towards things like expert witnesses.

“If you have someone who is going out and hiring five experts at a cost of $6,000 a piece, and then going and getting addendum reports from each one of those experts, your disbursement costs before you set foot in a court room could be above $50,000,” Krajden said. “Then you start factoring in trial attendances for each of these experts and even on a small case, disbursement cost could be well in excess of $100,000.”

Capping disbursement costs at $25,000 would give “some cost certainty to insurers” who decide to defend a lawsuit in court instead of settling, Krajden suggested.

The Civil Rules Committee membership is stipulated by the Court of Justice Act. The committee is not part of the Ministry of the Attorney General.