The Guarantee Company of North America wants to take a disputed claim on a 20-year-old performance bond to the Supreme Court of Canada.

The top court announced Feb. 7 that The Guarantee is applying for leave to appeal HOOPP Realty Inc. v. The Guarantee Company of North America, released this past November by the Court of Appeal of Alberta.

It all began in 1999 when The Guarantee wrote a $3.9-million performance bond for a warehouse in Alberta. It was a design-build project owned by HOOPP Realty, part of the Healthcare of Ontario Pension Plan. 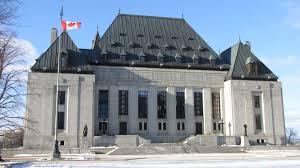 A problem with a floor in the building – completed in 2000 – led to a dispute been HOOPP Realty and a contractor, AG Clark Holdings Ltd.

HOOPP Realty’s lawsuit against Clark was thrown out of Alberta court in 2013 because of mandatory arbitration clauses in the design-build contract and the statute of limitations. HOOPP Realty is now trying to recover some of its costs under the performance bond written by The Guarantee. The 1999 bond was replaced in 2004.

The Guarantee argued that HOOPP Realty cannot claim on the performance bond, unless there is an enforceable claim against Clark Builders.  The Guarantee  also argued that a surety is entitled to raise any defence that the principal could raise.

A surety bond is a three-way contract between a surety, principal and obligee. The principal, often a construction contractor, is the surety’s client. If the principal fails to fulfill the terms of a separate contract with the principal’s customer (the obligee, often a real estate developer), then the obligee could make a claim with the surety.

In 2018, Justice Michael Lema of the Alberta Court of Queen’s Bench ruled that the Guarantee remains liable to the obligee, HOOPP Realty, under the bond that The Guarantee wrote for Clark. This despite the fact that Clark as principal is not liable to HOOPP Realty as obligee. That decision was upheld in the Court of Appeal of Alberta’s unanimous ruling released Nov. 19, 2019.

On the original project, Clark ultimately corrected a floor problem. But then HOOPP Realty tried to sue Clark to recover investigation, consulting and engineering costs – which were not broken down in the court ruling. That dispute dragged on for more than 10 years.

The Guarantee (acquired in 2019 by Intact Financial Corporation) is arguing that a company writing a surety bond is only liable to an obligee if the principal is.

Ultimately, HOOPP Realty’s lawsuit against Clark was dismissed without any ruling on whether Clark Builders was liable to HOOP for its claim for investigation, consulting and engineering costs.

“If The Guarantee Company had intended to make its obligations conditional upon HOOPP Realty pursuing Clark Builders, it should have specified that in the bond,” the Court of Appeal of Alberta found.

“This signals that The Guarantee Company owes freestanding obligations to HOOPP Realty under the performance bond, and that its obligations are not merely concurrent with or secondary to the obligations of Clark Builders.”

The 2019 Court of Appeal of Alberta ruling – by judges Frans Slatter, Frederica Schutz and Ritu Khullar – was attributed to “the court.”

In his 2018 ruling, Court of Queen’s Bench Justice Lema said the performance bond could have stipulated that if HOOPP’s cause of action against Clark is extinguished, that The Guarantee has no further liability to HOOPP. The bond also could have had any other provision clearing The Guarantee of liability if Clark obtained protection from its liability in any way.

The Guarantee had argued that the joint and several liability provision of the bond was meant to ensure that if the surety makes a payment, the surety can recover from the principal.

“The general surety law does not allow a surety to invoke every defence available to the principal debtor,” Justice Lema countered in his 2018 ruling. “The ‘joint and several’ clause confirms that HOOPP has a separate and distinct claim against [The Guarantee]. At worst, it does not detract from that position.”