OTTAWA – Two forest-product companies are on the hook for looking after a mercury-contaminated site near Ontario’s Grassy Narrows First Nation, the Supreme Court of Canada has ruled.

The 4-3 decision Friday brought some clarity to a long-running dispute over one element of the legacy of environmental poisoning that has caused significant health problems for many residents. 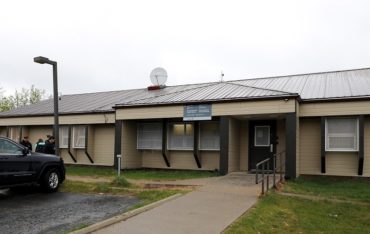 The nursing station is seen on the Grassy Narrows First Nation Reserve in northwestern Ontario on Friday, May 18, 2018. The reserve has suffered for years from extensive mercury contamination. THE CANADIAN PRESS/Colin Perkel

Eight years ago, the Ontario government ordered Weyerhaeuser Co. and a firm that later became Resolute Forest Products to care for a mercury waste-disposal site in Dryden, Ont., where toxic material from a pulp-and-paper mill’s operations entered the English-Wabigoon river system in the 1960s.

In addition to harming people, the untreated mercury waste from chemical processing led to closure of a commercial fishery and hurt tourism in the region.

In 1971, the mill owners of the day built the disposal site to contain mercury-laced waste. Six monitoring wells were installed and four others were added later.

The operation’s ownership changed over time as a result of various transactions. In 1998, Weyerhaeuser entered into an agreement with Bowater to buy some of the pulp-and-paper assets. It wanted to exclude the waste-disposal site due to the possible environmental liabilities.

Severing the site took some time, however. Title was therefore registered in Weyerhaeuser’s name until August 2000.

Bowater, which eventually became Resolute, filed for bankruptcy protection in 2009. The waste-disposal site was abandoned in April 2011, with court approval, during the bankruptcy proceedings.

The 2011 Ontario order obligated Weyerhaeuser and Bowater to repair disposal site erosion, do water testing, file annual reports, prevent any leaks and give the Ontario Environment Ministry $273,063 as financial assurance with respect to the site.

The two companies claimed that an indemnity granted in 1985 to the owners of the paper facility at the time – part of a settlement with the Grassy Narrows and Islington First Nations – applied to them as well, but the province disagreed.

An Ontario judge ruled in favour of the companies in 2016, saying the language of the indemnity should cover the two subsequent owners.

The Ontario Court of Appeal agreed that the 1985 indemnity applied to the ministry’s environmental order. But it found Resolute was not entitled to indemnification and said the lower court should decide whether it applied to Weyerhaeuser.

In its decision, the Supreme Court said the 1985 indemnity does not apply to the province’s 2011 order, meaning Resolute and Weyerhaeuser are liable for the costs of maintaining the disposal site.

A majority of the high court concluded the judge who initially heard the case made “palpable and overriding errors of fact.”

The indemnity was intended to cover only proceedings arising from the discharge, or continued presence, of mercury in the ecosystem, not those related to mercury in the waste-disposal site, the court said.

The federal government has promised money for a facility that would provide specialized care to Grassy Narrows community members dealing with the effects of mercury contamination.

This report by The Canadian Press was first published Dec. 6, 2019.