One way to bullet-proof your waiver clause: Tribunal

The use of bold lettering and capitalization in a waiver clause helped a storage locker firm defend itself from a claim from a customer.

Four storage units were broken into on Aug. 12, 2016. One of those units was rented by Neeraj Khullar and Sid Khullar. 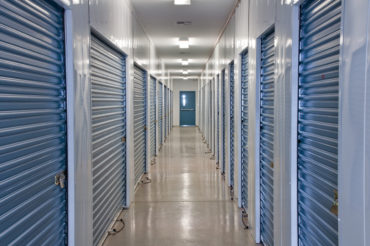 The quasi-judicial CRT, which hears small claims and strata property disputes, is intended to let parties settle disputes without spending a lot of money on lawyers.

In the dispute involving the theft from the Khullars’ storage locker, Instorage says the lease agreement has a waiver that releases the storage locker from liability for theft.

The Khullars asked the CRT to award them $3,280 to reimburse them for lost items. They argued the waiver clauses were in fine print and “hidden in the depths of the contract.”

One clause in the lease stipulates that the renter agrees that Instorage, its agents and employees, are not liable for any loss or damage to any personal property at the storage facility arising from any cause whatsoever, including burglary, theft, or mysterious disappearance. The clause also says the storage facility company is not liable for damage or loss due to the company’s negligence, acts or omissions.

That clause “begins and ends with statements written in bold, capitalized letters, stating that [Instorage’s] liability is limited by the terms of the lease,” Campbell wrote.

In the Khullars’ lease, the customer initialled both the release and the insurance clause. Both clauses are in the same size and type as the rest of the lease, Campbell noted.

In addition to $3,280 for the lost items, the Khullars were also seeking $1,000 for physical and mental agony, $340 for cleaning clothing that was soiled as a result of the break-in and $360 for time spent dealing with the break-in.

The CRT denied those claims. The Khullars did not provide CRT with cleaning receipts, Campbell wrote, adding that the medical evidence did not support the conclusion that the disability resulted from the break-in.