Why this $3-million subrogated fire claim against corporate tenant failed

The British Columbia Court of Appeal has ruled against an insurer in finding the parent company of a restaurant intentionally set on fire is not liable.

In Austeville Properties Ltd. v. Josan, a ruling in a subrogated $3-million claim released Nov. 26, the B.C. Court of appeal upheld a 2016 decision by Justice Gregory Bowden of the B.C. Supreme Court.

This means the person who set the fire – and the part-owner of the business who was found to have put him up to it – are liable. But the corporate tenant itself is not. 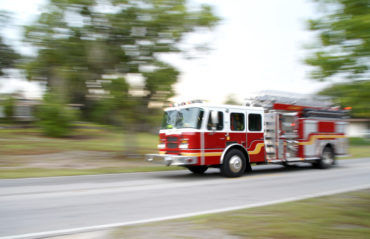 The fire and explosion that destroyed a Taco Del Mar restaurant near Vancouver’s South Granville neighbourhood happened during the early morning hours of Feb. 13, 2008. It was one of two restaurants ultimately owned by Manjeet Kaur Nandha and Harjit Singh Nandha, a married couple.

Manjeet Nandha was later found dead and the coroner concluded the cause of death was suicide.

As it stands, Josan and Manjeet Nandha’s estate are jointly liable for the fire.

Nandha Enterprises leased the property, which was owned by Austeville. The landlord’s insurer (which is not named in the court decision) was unsuccessful in convincing the court that Nandha Enterprises, as the corporate tenant, is also liable.

Josan testified in the lawsuit that Manjeet Nandha asked him to set the fire because the restaurants were not doing well financially, it took a lot of her time, the businesses were too much for her to handle and she wanted to walk away from the lease. Justice Bowden ruled Josan’s testimony was credible.

A major issue the landlord’s insurer raised on appeal was whether Nandha Enterprises was also liable.

Justice Bowden said the “doctrine of corporate identification” – which would make Nandha Enterprises liable – did not apply in this case. The fire was Ms. Nandha’s idea and she wanted to rid herself of the responsibility of managing the restaurant, Justice Bowden reasoned. Manjeet’s motive was personal and that the evidence did not establish that the company itself benefited from the destruction of its restaurant.

Even if that was not the case, the terms of the lease would have protected Nandha Enterprises, as the lessee, from liability, Justice Bowden ruled. That finding was also upheld on appeal.

The lease agreement requires the landlord to insure the building to its full insurable replacement value against loss or damage by fire.

The lease reads: “To the extent that any loss or damage to the building is covered by insurance maintained by the Landlord hereunder, the Landlord releases the Tenant from any and all liability for such loss or damage whether or not the same is caused by or contributed to by or through the negligence of the Tenant or its servants and agents.”

Despite this clause, the insurer argued on appeal that when Austeville and Nandha Enterprises entered into the lease, neither party reasonably expected the other would commit a criminal act such as arson and thus intentionally damage the leased property.  The trial judge should also have considered how preventing subrogation would be contrary to public policy due to the serious criminality of Nandha Enterprises’ act, the insurer argued.

But Manjeet Nandha’s intentional act was not the intentional act of Nandha Enterprises, so this ground of appeal concerns a “purely theoretical question” Justice Gail Dickson wrote for the appeal court in its unanimous ruling.

The insurer also argued Justice Bowden erred in failing to find Nandha Enterprises vicariously liable for the arson. Manjeet Nandha had almost exclusive control over the restaurant premises, she had “unfettered authority” as a director and the opportunity to commit arson, the insurer argued.

“Ms. Nandha was obliged by the company’s articles to manage and supervise its affairs, which involved running a restaurant business,” countered Justice Dickson.  As a director, Manjeet Nandha was also obliged under B.C. business law to act honestly and in good faith towards the business.

“Nandha Enterprises did not authorize her to destroy a major business asset without the consent of Mr. Nandha, who gave none, and she could not unilaterally authorize herself to do so by committing the arson.  Nor was arson foreseeable given the nature of the business and her responsibilities,” Justice Dickson wrote.

More News
Related
What stopped this $800,000 subrogated pollution claim
This Nissan seatbelt lawsuit will have more than 100 witnesses
The advice some lawyers give commercial clients over pandemic BI coverage
Ontario judge urges legislature to deal with insurance fraud