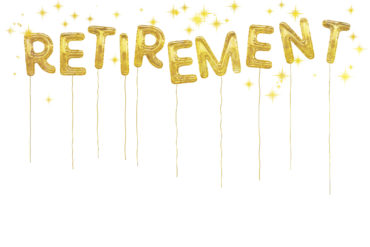 The Canadian Institute of Actuaries (CIA) wants to talk about delaying the traditional retirement age to beyond 65.

Many are already choosing to work beyond age 65 anyway, said John Dark, CIA president. “It makes sense to update our country’s retirement income programs to reflect this fact.”

There are also concerns around worker shortages and shrinking government revenues if the Baby Boomer generation exits the workforce en masse.

Within Canada’s property and casualty insurance industry, more than one in four workers are expected to retire by 2027, according to demographics research conducted by the Insurance Institute of Canada. “What is more, most of these retirements will occur over the next five years – 15.8% of the industry’s current workforce is expected to retire between 2018 and 2022,” says the Institute study.

The Institute’s research included a survey of P&C industry employees. Seventy-five percent of those who planned to retire said they intended to keep working in some capacity after their formal retirement ⎯ well above the 64.2% who said this in 2012.

But moving the traditional retirement age means changing the rules for the Canadian and Quebec pension plans. Benefits are currently allowed to be claimed as early as 60 years old, though at a reduced rate, and normally at 65. If deferred to age 70, payments increase.

In a report entitled Retire Later for Greater Benefits, the CIA wants to change those number to 62, 67 and 75, respectively. Essentially, age 67 would be the new target retirement age. Men are now expected to live almost another almost 20 years when they hit age 65 – up from 13.6 in 1966 when current regulations were put in place. For women, it’s 22.5 years, up from just under 17.

“Allowing later retirement ages in our retirement income programs means people can have more flexibility to work to a later age,” said Joe Nunes, a lead author of the report. “This gives Canadians a way to improve their retirement income security with the added benefit of easing the stresses on our labour force.”

Changes could be phased in over a 10-year period starting Jan. 1, 2021, by increasing the target retirement age by three months every year, the Retire Later report said.

Human resources services firm Morneau Shepell noted in a statement that policymakers would find these ideas interesting, “although most Canadians will not necessarily want to retire later.”

For now, the CIA is positing the idea as a starting point. “We would welcome the opportunity to help governments review the country’s retirement programs and decide what changes work best for all Canadians,” Dark said.

The plan also calls for changes to Old Age Security (OAS) benefits. Instead of receiving OAS at age 65, payments would be pushed back to start age 67. The maximum age to defer would be 75.

Morneau Shepell noted that the previous federal government led by former prime minister Stephen Harper had put in place a plan to raise the OAS eligibility age to 67. The change in government in 2015 undid those plans, however.

Furthermore, the report recommends that companies offering registered retirement savings plans can push the latest retirement age to 75 from 71.

“Such proposals are intended to benefit both the individual and society as a whole. It remains to be seen as to whether the Canadian government is willing to take up some or any of these proposals,” Morneau Shepell’s statement said.