Concerns from insurers about boiler explosions has prompted an Ontario safety watchdog to recommend more regulatory oversight of pressure vessels and boilers used in wineries and other agricultural operations, the auditor general noted in a recent report.

“Ontario is the only province in Canada where boilers and pressure vessels used in agricultural operations such as greenhouses, mushroom farms, maple syrup farms and wineries are exempt from safety laws,” Auditor General of Ontario Bonnie Lysyk wrote in her 2018 annual report, tabled last week in the legislature.

“Growing safety concerns expressed by insurers” prompted Ontario’s Technical Standards and Safety Authority to recommend in 2015 that the exemption be removed by the Ministry of Government and Consumer Services, Lysyk wrote in the report, released Dec. 5, 2018. 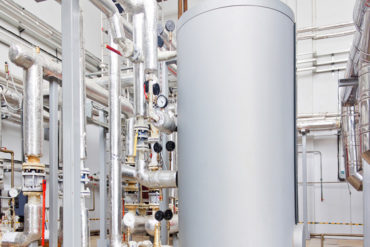 But that suggestion was not followed, Lysyk added. She is recommending the province “assess” the exemption, which has been in place since 1951.

“Information provided to the TSSA by one large insurer revealed that from 2015 to mid-2017, six boilers exploded at agricultural sites exempt from safety laws,” Lysyk wrote.

The Ministry of Government and Consumer Services says it will work with the TSSA and “relevant stakeholders” to review the lack of regulation and consider changing current policy.

“Although rare, an explosion of a boiler or a pressure vessel can cause significant damage to the immediate area. For example, the estimated energy released from the explosion of a 110-litre hot-water tank would send a mid-sized car about 45 metres into the air.”

In Ontario, the TSSA is supposed to ensure that several categories of equipment – including elevators, amusement rides and boilers and pressure vessels – are operated safely.

Outside of the agricultural sector, boilers and pressure vessels may not be operated without a TSSA certificate of inspection.

“The law allows insured boilers, which make up the vast majority of the boilers and pressure vessels, to be periodically inspected by insurance companies. Then the insurance company is required to report the inspection results to the TSSA within 21 days, so that the TSSA can review the results and issue the Certificate of Inspection.”

One example of a loss occurred in a school when sediment caused a “low water condition,” resulting in over-firing damage, reports The Hartford Steam Boiler Inspection and Insurance Company.

Boilers and pressure vessels – used for heating, refrigeration and power generation – can be found in office buildings, hospitals, hockey arenas, industrial plants and farms,” the Auditor General of Ontario noted in the 2018 annual report.

But TSSA does not have an accurate listing of all boilers and pressure vessels located in Ontario, the auditor general’s report added.

“An estimated 600 to 700 agricultural operations are exempt from safety laws, even though their boilers are typically larger than home water heaters and can operate at much higher temperatures and pressures.”