It is estimated the industry will make $24.8 million more, over 10 years, than it otherwise would have, the federal government said in a regulatory impact analysis.

With the new rules, operators of vessels carrying passengers will have to carry a minimum of $250,000 in liability insurance – covering death and personal injury – for every passenger on board. 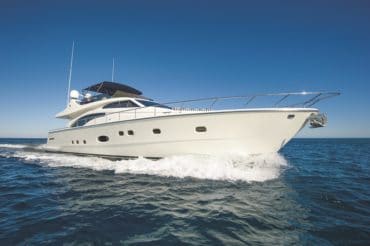 “Canadians need to know they will be supported in the event of a marine accident,” Garneau stated.

The new rules are “expected to reduce the number and severity of marine accidents, as operators would have an incentive to maximize the safety requirements on board their ships to minimize their liability insurance costs,” the government said in its impact analysis.

The regulations have been in the works since 2003.

In June, 2000, two children drowned after the tour boat True North sank in Georgian Bay. An inquest following the tragedy found the operator of the boat was not insured.

With the regulations taking effect next month, passenger vessels will have to carry proof of insurance. This can be in paper or electronic form. If the vessel is covered by a a member of the International Group of Protection and Indemnity Associations, then the vessel will have to carry a certificate of entry issued by the club in respect of the ship.

The regulations will generally apply to ferry boats, whether or not they charge fares, and to “public purpose ships” that carry passengers.

Several categories of vessels will be exempt.

This includes certain categories of “adventure tourism,” including operations that expose participants to “greater risks than passengers are normally exposed to in the carriage of passengers.”

Also exempt are adventure tourism operators whose customer accept the risks in writing.

Ferries operating between Canada and the United States are also exempt.

More News
Related
How commercial insurers are addressing this D&O coverage gap
The ‘wake-up call’ for brokers placing D&O liability
Hot opportunity in this Canadian insurance line is linked to M&A
Is your client properly insured for computer crime?