Electronic logs will be mandatory for truck, bus drivers

ETOBICOKE, Ont. – Transport Canada says it will require all commercial drivers to have electronic logging devices – one of the recommendations from a coroner’s report into the Humboldt Broncos bus crash.

The federal department says the tamper-resistant devices will be mandatory starting June 12, 2021.

“These new mandatory logging devices in commercial vehicles will improve safety for drivers and for all Canadians,” Transport Minister Marc Garneau said in a news release Thursday. 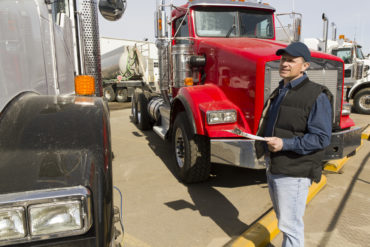 Electronic logging was one of six recommendations made by the Saskatchewan Coroner’s Service after the Broncos crash in April 2018. The collision between the junior hockey team’s bus and a semi-truck left 16 people dead and 13 injured.

Jaskirat Singh Sidhu of Calgary pleaded guilty earlier this year to 29 counts of dangerous driving and was sentenced to eight years in prison.

Court heard that Sidhu was an inexperienced driver who had been on the job for three weeks. He had worked with another driver for two weeks and had been on his own for just a few days before he missed a stop sign and drove into the path of the bus.

Fatigue was not considered a factor, but the truck’s owner admitted he did not follow provincial and federal safety rules.

Sukhmander Singh of Adesh Deol Trucking pleaded guilty to failing to keep a daily driver’s log, neglecting to ensure his drivers complied with safety regulations and having more than one daily logbook in the months before the crash. He was fined $5,000.

The federal government said mandatory electronic logging will ensure truck and bus drivers are not on the road for longer than their daily limit. The devices, which are integrated into vehicle engines, will track when and how long drivers have been behind the wheel.

Garneau said the decision comes after talks with industry partners and all levels of government.

“We know fatigue increases the risks of accidents and that is why we are taking action,” he said.

Some industry groups said the move will improve road safety and level the playing field between compliant carriers and those who operate illegally.

Some parents who lost their children in the Broncos crash aren’t sure it’s enough.

“As a former commercial driver, I have some reservations about electronic logs,” said Lyle Brons, whose daughter, Dayna, died days after the collision.

He said a U.S. study showed the number of tickets issued to commercial drivers for infractions such as speeding and going through stop signs has substantially increased with electronic logs. But the study didn’t look at collisions, he said.

“There needs to be an adequate number (of) rest stops so drivers have a safe place to park when they are off duty and provide washroom facilities,” he said. “If these changes are not made, I’m not convinced that our highways will be any safer.”

“My hope would be that if they cracked down on things like speeding, running stop signs, etc. that it would also help reduce collisions,” he said.

The moves are helpful, Joseph said, but he gets frustrated at how slowly they are coming.

He would also like to see new federal seatbelt rules come in sooner.

Transport Canada announced last June that it will require all newly built highway buses to have seatbelts by September 2020. Some charter bus companies say many new vehicles already have seatbelts.