Brokers who are concerned about income tax changes will find “good news” in the recently-released federal budget, a tax expert said Wednesday.

Finance Minister Bill Morneau announced this past July several proposals intended to crack down on company owners who use their businesses as tax shelters.

But changes proposed in the summer of 2017 have “really been simplified” as a result of the budget released Feb. 27, said Paul Woolford, tax partner with KPMG Canada, in an interview. 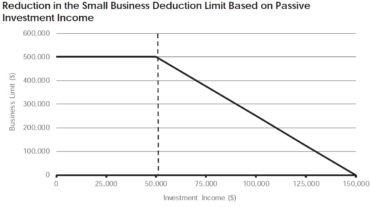 Private companies with “passive income” – such as rental income, dividends and interest – could still pay more tax, but only if that passive income exceeds $50,000, Woolford said. He pointed out that a brokerage would need to have invested millions in something unrelated to insurance to meet that kind of passive income threshold.

So a brokerage owner whose company earns more than $50,000 a year from rental property could be affected, Woolford noted Wednesday. But if a brokerage invests profits back into the operating business, or pays out its profits as dividends to the owners, it will not be affected by rules on passive income.

If the proposals are passed into law, they would take effect in 2019. The rationale was to stop the wealthiest Canadians from getting tax advantages simply by holding their investments within corporations in which they have ownership interest.

Another change announced in 2017 affects the “tax on split income.” The TOSI essentially means that if you own a brokerage, and you “sprinkle” income from the business to your children or spouse in a lower tax bracket than you, your tax advantage has been taken away starting Jan. 1, 2018. The TOSI is only intended to apply to the spouse or child of a business owner who is not actively involved in the business and who did not invest money in the business.

TOSI changes initially announced this past July were modified later in the fall and not changed with Tuesday’s budget.

“In the old days, before these rules came into play, it was very common [for small business owners] to arrange their affairs to benefit from a lower tax rate among other family members,” Woolford said. But now if you are a broker paying out dividends to a 23-year-old adult child who is not actively involved in your business, the total family tax bill – personal and corporate income taxes – will be greater in 2018 than it was before, Woolford noted. If a child 18 or older “is involved in the business at a sufficient level, and that is assumed to be more than half time, then you won’t be affected on the tax on split income rules,” he said. But if that adult child is “only working a handful of hours then that individual will be caught by these changes for sure.”