How Ontario government plans to work with industry on auto reform

The Ontario government plans to work with the industry on implementing a number of changes to auto insurance, including doubling accident benefits coverage for catastrophic impairment.

In its 2019-20 budget document tabled Apr. 11, the government said motorists “should have the choice to lower their premiums by allowing insurers to consider their credit history,” a practice that is currently prohibited.

The government would require insurer to obtain a customer’s consent before collecting credit information, and insurers would not be permitted to deny coverage based solely on a customer’s refusal to consent to a credit check, a finance ministry spokesperson told Canadian Underwriter this week. 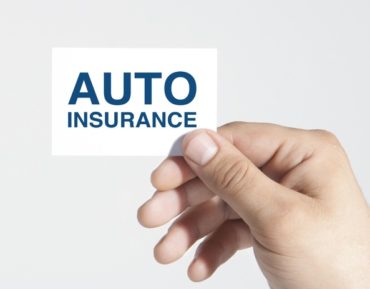 Some insurers  have been pushing to allow the use of credit scores as a rating factor in auto insurance, claiming there is a correlation between claims frequency and bad credit.

“The government will be consulting on implementation details before proposing regulatory changes that would allow the use of credit scoring,” the spokesperson told Canadian Underwriter Tuesday.

Another proposed change is increasing the mandatory accident benefits coverage, for catastrophic impairment, to $2 million. Until 2016, catastrophic impairment coverage had two separate $1-million limits – one for medical and rehabilitation benefits and another for attendant care. In 2016, the mandatory coverage was reduced to one $1-million limit for attendant care, medical and rehab.

Canadian Underwriter asked the finance ministry whether it intends to revert to the pre-2016 coverage for catastrophic impairment.

“The government will work with industry stakeholders and patient care advocates on implementation details, including the commitment to return to a default benefit limit of $2 million for those who are catastrophically injured as the result of an auto accident,” the finance ministry spokesperson said, without specifically saying whether there will be two separate $1-million limits.

The government plans to work with industry on the proposed “care not cash” system for accident benefits.

“‘Care, Not Cash’ will become the default for all standard auto insurance policies, to ensure that a driver’s auto insurance policy will pay for treatment instead of costly legal fees,” the finance ministry spokesperson said. “However, the government also recognizes that drivers should have choice, so drivers who want to be eligible to receive cash settlements will have the ability to choose that option when they purchase their auto insurance policy. The government will be consulting on implementation details.”

As a result of the June, 2018 election, the Progressive Conservatives replaced the Liberals, who had ruled since 2003. Liberal Finance Minister Charles Sousa made a number of changes to auto insurance, including a $3,500 cap on minor injuries, a reduction in accident benefits coverage, a new definition of catastrophic impairment and transferring responsibility for accident benefits dispute arbitration from the Financial Services Commission of Ontario to the Licence Appeal Tribunal. They also passed the law that will have the new Financial Services Regulatory Authority replace the Financial Services Commission of Ontario.

In 2013, the Liberals brought in a law intended to force the industry-wide average rate for private passenger auto down by 15% over two years. That law did not achieve the intended 15% reduction.

In 2015, Sousa appointed David Marshall, a former CEO of the Workplace Safety Insurance Board, as a special advisor. The Marshall report, Fair Benefits Fairly Delivered, was released in 2017.

The budget document released April 11, 2019 mentions the Marshall report but the Progressive Conservatives have not specifically committed to implementing any recommendations that were already in the works before the 2018 election.

Although the most recent budget document is proposing  “care not cash” as a default, Marshall recommended in 2017 that cash settlements be banned outright for first-party medical and rehabilitation care.