“As an industry we need a new set of provincial offences that will allow for the efficient and effective prosecution of fraud,” said Chris Lang, senior manager of fraud operations for Aviva Canada, in an interview. For example, the government should consider making it a provincial offence to knowingly present a false insurance claim, he said. 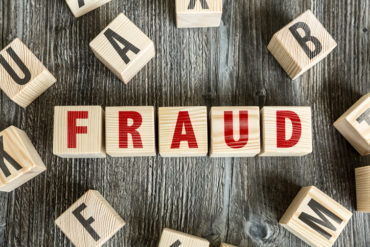 Fraud is already a federal criminal offence in Canada, but Aviva is calling for non-criminal provincial offences. Examples of provincial offences including Highway Traffic Act violations, workplace safety infractions and discharging contaminants into the environment.

If a person is charged with a “strict liability” offence, the accused can defend himself or herself by proving that they took reasonable steps to avoid the act.

Aviva is not specifically saying new provincial fraud offences should be strict or absolute liability. But these new provincial offences could have “a burden of proof that is perhaps slightly lower or less sophisticated than the criminal burden of proof, which is quite high,” Lang told Canadian Underwriter Tuesday. “The idea is really to call out those willful and intentional acts to deceive insurance companies to obtain a financial advantage – and in so doing, to financially disadvantage the broader pool of consumers out there.”

Examples could include altering or forging a document in the context of an insurance claim, “perhaps to increase or ensure your entitlement to a higher settlement amount” Lang said.

Another example could be rate evasion, which is “using false information like a false address in your auto insurance application in order to lower your premium.”

The insurance industry needs to “get together to talk about solutions, how we can work with the government, work with regulators, work with the police and work with front line consumers to make meaningful changes,” Lang said.

Aviva estimates that auto insurance fraud costs the Canadian industry up to $2 billion a year.

It is not “realistic” that the criminal justice system can adequately deal with auto insurance fraud, Lang suggested. “Currently, only a handful of fraud charges related to insurance are laid by the public authorities – like the police – each year and perhaps only a subset of those actually result in a criminal sentence. The police and crown attorneys simply don’t have the resources to attack fraud on top of all the other types of crime on their plates.”

Three in four (74%) of respondents in a recent poll commissioned by Aviva said  they would support “a new set of provincial insurance fraud offences,” Aviva said Tuesday in a release.

The survey of 1,500 Ontarians with an auto insurance policy was conducted online in October by Pollara Strategic Insight. The results are considered accurate within plus or minus 2.5 percentage points, 19 times out of 20.