The Transportation Safety Board of Canada is warning of a “persistent risk of serious train collisions or derailments in the event of railway signal indications not being followed.”

TSB released Monday its 2016 watch list of key safety issues that it “need to be addressed.”  One of four railway items on the watch list is following railway signal indications.

“Since 1911, the railway industry in Canada has relied on a system of visual signals known as centralized traffic control (CTC), to control traffic on a significant portion of its network-currently more than 43 000 kilometres of track,” TSB said. “The signals convey information such as operating speed and the operating limits within which the train is permitted to travel. The crew in the locomotive cab are required to identify and communicate the signal indications among themselves.”

TSB is a separate agency from Transport Canada that investigates incidents in aviation, marine, rail and pipelines. 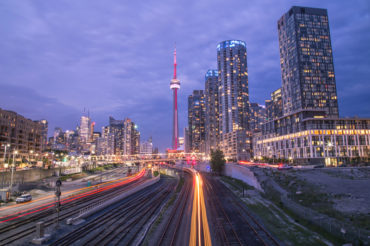 The industry, as well as the federal transport department, “are studying the issue, but their work is not sufficiently advanced to indicate if or when additional physical safety defences will be implemented,” TSB said on its watch list.

“There still isn’t a plan in place to implement physical defenses against railway signal indications not being followed,” TSB said Oct. 31 in a press release.

TSB previously recommended fail-safe systems to stop trains when crew miss signals indicating they are supposed to slow down or stop. The agency said previously the Toronto Transit Commission subway train have trip arms that lower when they pass signals indicating the operator is supposed to stop. Those trip arms are designed, when they are activited, to activate emergency brake applications, TSB said earlier of the Toronto subway system.

On Feb. 26, 2012, a VIA Rail Canada Inc. train, enroute to Toronto from Niagara Falls, stopped at Aldershot station, near the shore of Lake Ontario northeast of Hamilton. It then entered a crossover that had a speed limit of 15 miles per hour. However, it was travelling at 67 miles per hour and derailed. The locomotive and the first coach car slid down an embankment. The rolled over and struck the concrete foundation of a building. The cab roof area of the locomotive was crushed. All three operating crew members were killed. A service manager and 44 passengers were injured.

Eleven seconds before the train derailed, it passed a signal displaying the “clear to slow” signal, meaning the speed limit is 15 mph. TSB said in its report on the accident, released in 2013, that the crew “may have … misinterpreted” that the signal displayed the “advance clear to limited” rule and that the crew “was likely focussed on resolving the apparent track occupancy conflict of the signals work crew working ahead … rather than properly identifying the indication of the signal.”

Some railways in Europe and the U.S. “have train control systems that will sound an alarm in the locomotive cab or even stop the train in the event that the crew does not respond appropriately to a signal displayed in the field,” TSB said on its watch list for 2016 released Oct. 31. “However, similar technology has not yet been implemented on any federally regulated railway in Canada.”

Also on the watch list is on-board video cameras and voice recorders. In its investigation into the fatal 2012 train accident near Aldershot, TSB noted that nine years earlier, it

had recommended “national standards for locomotive data recorders that include a requirement for an on-board cab voice recording interfaced with on-board communications systems.”

The other two rail issues on TSB’s watch list for this year are crew fatigue management systems and transportation of flammable liquids.