Regulator reviewing the role of MGAs in the sales process

While Ontario’s new financial regulator will not license managing general agencies (MGAs), it is taking a look at the entire sales process as part of its insurance conduct initiatives.

“I don’t have the authority to do that, so I’m not going to,” Mark White, CEO of the Financial Services Regulatory Authority of Ontario (FSRA), said of licensing MGAs. “But I do have to look at the complete sales process that affects the public, so we are going to be looking at that.” 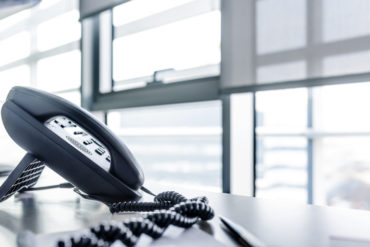 White didn’t mention any specific concerns around market conduct. One of the objectives of the review is to better understand how MGAs interact with the public during the sales process.

The mandate of the regulator is to protect consumer rights and interests and deter deceptive conduct. To do this effectively, the regulator must understand how something might go wrong “because that sales process is unregulated,” as White put it.

White spoke Tuesday night at the Insurance Institute of Ontario’s At the Forefront event, held in Toronto. He was discussing FSRA’s priorities, regulatory approach and insurance conduct initiatives during a presentation and Q&A session.

White said FSRA is looking at its licensing processes to make them more effective and efficient. The regulator also aims to achieve a more comprehensive understanding about the modern distribution channels. For example, while the Insurance Act talks about insurers and manufacturers of the product, as well as the brokers and agents that deal with consumers and the sales process, White observed, “it doesn’t necessarily go [into] people who are in the middle, like the managing general agents.”

FSRA is also looking at improving its enforcement techniques and investigations, White said. He noted that there is a backlog of 800 cases and a disproportionate amount of time is being spent on trying to reduce the backlog. The effort requires a fresh, principles-based approach, White said, characterizing what he tells staff. “I don’t want you just going down checklists saying, ‘Somebody didn’t do something,’ then send it for an investigation or enforcement. I want you to think about their conduct and what they did. Does it matter?”

To deal with the backlog would have taken many months, so the regulator developed some triage processes.

“Some of them just don’t matter,” White said of cases in which there was no demonstrable harm to the public. “Even if they actually did the thing or didn’t do the thing they were supposed to do, who was harmed by that? I don’t really want to spend my time on [cases that didn’t cause public harm]. I do want to spend my time on ones where somebody was really harmed. Where I really want to focus on – again, this is principles-based [regulation] – is where systems or processes were broken that should have stopped that harm from coming.”

While FSRA wants to get the rogue actors out of the system, “I’m actually more interested in what broke down in someone’s system or processes that got that rogue actor to continue on,” White said. “Because that’s the strength of the system; if the system works, it will self-correct. Then the job of the regulator becomes more principles-based and less worrying about minor issues.”