When it comes to market conduct in the property and casualty industry, the regulations should recognize that brokers are independent, an Insurance Bureau of Canada spokesperson says. 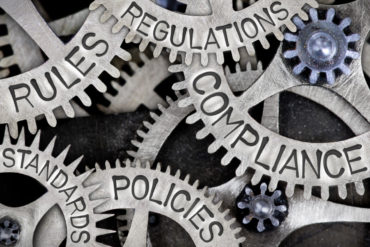 Though brokers and agents are often involved in serving customers, it is ultimately the carrier who is responsible for servicing policies and “ensuring that intermediaries have appropriate policies and procedures in place in respect of the policy servicing activities,” CCIR and CISRO said in the paper, Guidance conduct of insurance business and fair treatment of customers.

CCIR and CISRO say in the document that a carrier should have a duty to report to a regulator any “intermediary with whom they have transacted that may be unsuitable or not duly authorized, which could result in impairing the fair treatment of customers.”

Carriers need to “be satisfied that the involved intermediaries are providing information to customers in such a manner that will assist them in making an informed decision,” says the guidance document, which is based on principles rather than hard-and-fast rules.

Ryan Stein, IBC’s executive director of auto policy and innovation, said all principles outlined in the document are reasonable but added brokers are independent.

“They want to be independent and we don’t think there should be an expectation on insurers to sort of be responsible for the actions of independent brokers,” Stein said. “We think for the part of the business that’s carrier-based, carriers are primarily responsible for the fair treatment of insureds. But you need to recognize that the brokers have a significant role and they are legally and structurally independent.”

Stein said the guidance paper is significant because of its national scope, and that regulations should be consistent across the country. Most carriers in Canada are national and “they want to see that the regulators are applying their guidance similarly” to one another, Stein said. “When there are different ones in different provinces, it could create confusion on what is expected.”

Each province has its own insurance regulator. CISRO aims to give those regulators “a common voice” to deal with issues of interest to the regulators, consumers and companies that sell insurance.