‘Spikes’ in marijuana use found after legalization

Will the legalization of recreational marijuana encourage some Canadians to start using pot?

In jurisdictions where cannabis has been legalized “we see spikes in use at the onset of sales,” Lewis Koski, former director of the Colorado Marijuana Enforcement Division, said Tuesday during a panel discussion in Toronto. 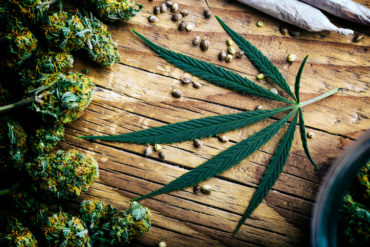 In Colorado, it is legal for adults 21 and older to have up to an ounce of marijuana.

Cannabis legalization is cause for concern within Canada’s largest property and casualty insurer, Toronto-based Intact Financial Corp. In its annual report for 2017, Intact said its concerns include the possibility of “higher frequency and severity of auto insured losses as a result of impaired driving.”

Bill C-45 – which would legalize recreational marijuana –  passed third reading June 7 in Canada’s Senate. It has not been passed into law yet because the Senate added dozens of amendments to the House of Commons version that passed in 2017. The Canadian Press reported Wednesday that government MPs are not supporting several of the Senate’s proposed amendments.

The Deloitte Canada report – Society in Transition, An Industry Ready to Bloom – is based on a survey of 1,500 Canadians this past March.

The survey results “strongly” suggest that cannabis consumption “will become a normalized activity more quickly than many might have anticipated,” Deloitte added in the report.

In drafting cannabis regulations, the U.S. state of Colorado “essentially relied on other regulated industries” such as gambling and alcohol, Koski said Tuesday during the panel, held at the One King West hotel in Toronto. The panel – Understanding Canada’s Coming Cannabis Regime by Looking South to U.S. – was organized by the Empire Club of Canada and sponsored by law firm Cassels Brock.

The other panelists were Shaleen Title – a member of the Massachusetts Cannabis Control Commission – and Will Stewart, vice president of corporate communications and public affairs at Hiku Brands Canada Ltd., a West Kelowna, B.C.-based cannabis vendor.

Canada, Stewart said, is “on the verge of being the first G7 country to legalize cannabis at the national level.”

With Bill C-45, federal Attorney General Jody Wilson-Raybould proposes to make it legal for people 18 and older to possess and share up to 30 grams of dried cannabis for recreational use.

The aims of Bill C-45 include reducing the burden on the criminal justice system, controlling the quality of the legal supply of cannabis and protecting young people from advertising and promotional activities, Wilson-Raybould told the Commons last year.

In order to become law, the House of Commons and Senate must agree on the same version of a bill. If the unelected Senate passes a resolution “insisting” on amendments it made earlier this year, this could result in deadlock because the elected House of Commons voted Wednesday against some of those Senate amendments.