What could carriers do if auto regs are loosened? 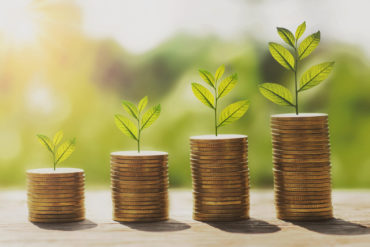 High loss ratios are creating a cascading series of negative effects and its time to do something about it, says one insurance professional.

One way is to loosen the tight grip of regulation around auto insurance, said Justin Thouin, co-founder and chief executive officer at LowestRates.ca. It’s clear the industry is suffering and insurance companies can only do so much to stem the tide, so he would like to see an organized effort to reduce regulation and open auto insurance to something resembling a free and open market.

“Government should not be mandating what insurance companies can charge. A free market is always the best market,” he told Canadian Underwriter.

You’d see companies get creative in how they compete for customers, he explained. “You’d have insurance companies that would be competing hard for specific niches of people, and they’d all have different strategies.”

What’s one way they could get creative? They could act like other businesses and have special offers for new customers. “It’s not different from an airline that offers sales at certain times,” Thouin said. “Insurance companies could offer sales just to generate some business and adjust prices.”

He waved off any concerns about prices getting out of control, believing that rates wouldn’t go beyond what the public could afford.

“Increased competition with insurance companies charging basically whatever they want, I believe, would actually lead to lower prices,” he said. “They all want business. If they can generate profitable business, that’s what they want. As long as they see a path to profitability.”

It’s all about putting the needs and desires of consumers first, something that is lacking when regulation is put together, said Steve Kee, director of external communications at Insurance Bureau of Canada (IBC).

“The consumer benefits with more price competition and innovation,” he told Canadian Underwriter. “International experience has shown that more competition can add to better and more stable pricing. We think consumers would benefit from a more modern approach to rate regulation than the regulator-approval models currently used across most of the country.”

Ontario is considering a move to ‘file and use’ for private passenger auto. In a recent Financial Services Regulatory Authority newsletter, executive vice president of auto insurance Tim Bzowey wrote that “insurers can, when acting within FSRA defined boundaries, implement rates in a matter of days” under the proposal.

It’s about returning the industry to profitability and the positive effects for consumers that would follow.

“Consumers would see more price competition, more price options when shopping for insurance and more innovations, such as telematics solutions,” Kee said. “As an industry, we must always put ourselves in our clients’ corner – and emphasize that we are always acting on their behalf, in their interests.”