FOND DU LAC, Sask. – Survivors of a plane crash in a remote community in northern Saskatchewan have filed a class-action lawsuit alleging the airline was negligent. 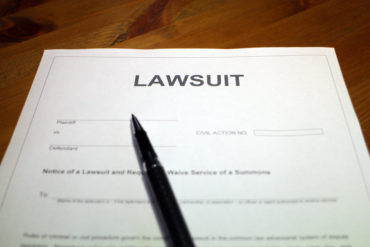 The claim against West Wind Aviation and Athabasca Basin Development, the airline’s majority shareholder, alleges that their acts or omissions harmed those on the plane.

The plaintiffs include six passengers who were on board the flight when it went down near the Fond du Lac airstrip shortly after taking off on Dec. 13.

Everyone on board escaped the wreckage, but seven people were seriously injured. One 19-year old man, Arson Fern Jr., later died in hospital from his injuries.

“We believe we can establish negligence,” said Regina lawyer Tony Merchant, who filed the lawsuit Wednesday on behalf of his clients.

Fern and his parents, Arson Fern Sr. and Janey Fern, are among the six plaintiffs in the lawsuit. The others are Tiffany Hanson of Stoney Rapids and Fond du Lac residents Carey Clayton Mercredi and Dakota McDonald.

The claim alleges the companies breached the standard of care by using a runway that was too short for the size and weight of the plane and by not having proper de-icing equipment. It also alleges the employees overloaded the plane with passengers and freight and failed to alert emergency officials quickly after the crash.

It suggests the passengers have suffered harm, including pain, increased medical expenses and loss of enjoyment of life.

Merchant said one of his clients overheard a member of the flight staff say that the plane was “too heavy” before it departed. He said the airport has a short runway and doesn’t have de-icing equipment, which makes taking off in winter conditions more difficult.

“Fundamentally, there’s an issue with West Wind operating such a heavy airplane in that circumstance, going into Fond du Lac,” said Merchant.

He also said West Wind employees also didn’t give any warning of the crash and didn’t help the passengers once they were on the ground.

“They were working together in circumstances of fright and horror, darkness, the fear of an explosion. Some people were injured,” said Merchant. “It all together is right out of an awful movie.”

None of the allegations has been proven in court and the lawsuit still has to be certified by the courts to proceed.

“We are hearing that legal proceedings may be initiated,” Dennis Baranieski, West Wind Aviation’s vice president of business development and corporate services, said in a statement Wednesday.

“If this does come to pass, we certainly will respect the legal process and its due diligence processes.”

Officials with the Transportation Safety Board are still investigating the crash. They have already said there was no engine failure, but haven’t said when a final report will be complete.

Merchant said his clients could wait for the report, but he believes that negligence can be established without it.

– By Colette Derworiz in Edmonton