The story behind Quebec merger of two independent brokerages 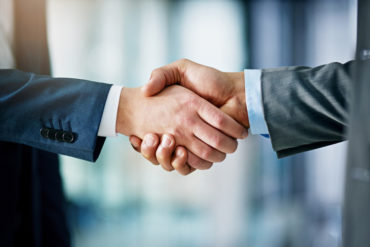 “The last four acquisitions I have done, I did not call, they called me,” Fort president Stephan Bernatchez told Canadian Underwriter Wednesday. “The reason why they do that is the whole independence issue.”

Bernatchez said ABZ’s owners, Larry Zoltak and Barry Barth, are “fantastic in servicing their clients, sales are really strong, and they have good technical skills.” But they reached the point when they would rather have someone else manage the office.

Although they wanted to sell, they still wanted to work for 10 years, so they didn’t want to sell outside the independent broker channel.

“So, for them, having an employer that will be an employer working for the clients, and not the insurer…that’s what they wanted to do,” Bernatchez said, adding that Fort has maintained its independence while maintaining very strong relationships with its markets.

“They [ABZ’s owners] said, ‘We could go there, there, or we could go to Fort, which we know is big enough to buy us, but also independent. People are calling because they can see what we provide as a service.”

A privately-owned brokerage, Fort has been in business for over 90 years and has a combined premium volume of $79 million (including ABZ’s premium). Between 1998 and 2011, Fort Insurance has acquired six companies.

Like Fort, Assurances ABZ is located in the Westmount area of Montreal. The acquired brokerage is 70 years old and writes about $18 million in premium.

Assurances ABZ is expected to retain its name for another year or so, before becoming part of the Fort umbrella. The number of Fort employees will expand to 95, including ABZ’s 19-20 employees.

ABZ Insurance is currently about a two-minute walk away from Fort’s office in Westmount. In about three months, the employees will be consolidated into a single office not far away from their current office locations.

“This partnership with ABZ will bring added strength to our business development by consolidating our P&C Expertise,” said Bernatchez, a past president of the Insurance Brokers Association of Canada (IBAC), who co-owns Fort in a 50-50 partnership with Diane Corbeil. “We will also be in a position to provide in-house group benefits and life insurance services to the ABZ clientele.”

The strategic merger will provide growth in Fort’s presence in the Quebec, Ontario and Alberta markets.