The exclusion that no longer applies to this home insurance coverage 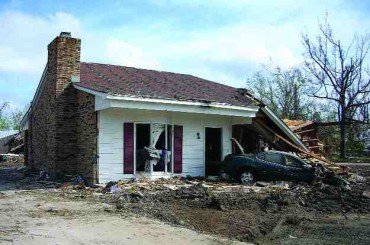 Storm surge is a rise in sea level resulting from atmospheric pressure changes and wind associated with a storm. Home insurers started offering overland water coverage in 2015, but storm surge was generally excluded until this past May, when The Co-operators Group Ltd. announced it would cover storm surge in Nova Scotia.

The Co-operators announced Monday that storm surge is now available to its home insurance clients in New Brunswick, Prince Edward Island and Newfoundland and Labrador.

“We are not aware of any insurer offering storm surge coverage as part of their package of water coverage for homeowners,” Rob Wesseling, president and CEO of the The Co-operators, said Monday in an interview.

One risk to properties in Atlantic Canada is from high waves caused by either a hurricane or a strong storm that was downgraded from hurricane status.

A storm does not have to be a hurricane for The Co-operators storm surge coverage to apply. “It simply requires storm surge,” Wesseling said. Storm surges can even happen on inland lakes such as the Great Lakes.

“We would include tsunami in our coverage if we could model it effectively, but we’re not yet able to model the frequency and severity associated with tsunami,” Wesseling told Canadian Underwriter Monday. “There is a greater risk of tsunami on the west coast, based on the Cascadia fault and some other fault lines, however tsunami can occur anywhere in the world.”