This is how hard the Lloyd’s market has become

Insurance rates on renewal are up nearly 4% in the Lloyd’s market, which has returned to profitability.

“While market conditions generally remain at historically competitive levels, price increases have been witnessed across all major lines, most notably in property and aviation,” the Corporation of Lloyd’s said in its financial report for the first six months of 2019, released Wednesday.

Across all lines, risk-adjusted rates were up 3.9% on renewal business during the first six months of 2019. 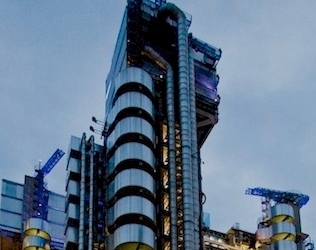 After losing money two years in a row (£2 billion in 2017 followed by £1 billion in 2018), Lloyd’s reported Wednesday its profit before tax was £2.3 billion for the first half of this year. The British pound was trading at $1.65 on Wednesday.

The combined ratio was 98.8% at the Lloyd’s market for the six months ending June 30.

Last year, Lloyd’s said it asked its syndicates to conduct in-depth reviews of the worst performing 10% of their portfolios and of all lines that are losing money. The syndicates were asked last year to submit remediation plans for approval as part of the 2019 business planning process.

On March 27, Lloyd’s announced that eight syndicates stopped trading at the end of 2018. The Corporation of Lloyd’s is not an insurance carrier but oversees the market. The syndicates are the entities that provide the capital and ultimately pay out on claims.

“Whilst we are pleased to be reporting a return to profitability during the first six months of 2019, we recognise the importance of continued focus on performance management to maintain this momentum throughout the balance of 2019 and in future years,” Lloyd’s CEO John Neal said Wednesday in a release.

“The property lines of business experienced lower than average catastrophe losses in the first half of 2019 and was the only sector to experience an accident year ratio below 100%,” Lloyd’s said in its interim report.