Will hard market conditions persist beyond the end of next year?

With insurers’ returns on equity lower than normal, it’s anyone’s guess how much longer your clients are going to see price increases.

“Through 2020 we will see rate increases,” said Jim Auden, Chicago-based managing director of North American Insurance at Fitch Ratings, in an interview on Thursday. 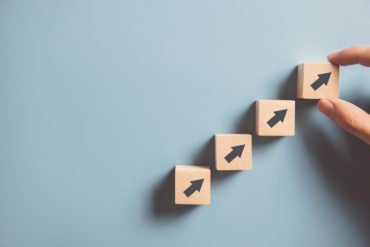 Several forecasts from brokers, in the last couple of weeks, show price increases continuing in many lines throughout 2020, said Auden.

Fitch defines hard market as one in which insurance rates are at levels that correspond with a return on capital that meets or exceeds the cost of capital.

“True hard markets do not last long,” Fitch said in The Property/Casualty Underwriting Cycle, a report released Nov. 13 on non-life insurance in the United States.

Some comments in that report apply to both sides of the border.

“Underwriting success breeds added competition and favorable returns attract additional capital to the market via new inflows and retained profit,” Fitch said in the report. “Ultimately, this movement leads to reductions in premium rates and an eventual elimination of the economic profit opportunity.”

The P&C market in North America could start to get more competitive, and if this happens, “the rate increases will taper off somewhat,” Auden told Canadian Underwriter.

In Canada, industry-wide return on equity is much lower than normal. Property and Casualty Insurance Compensation Corporation reported this past September that industry wide ROE was 4.6% in first six months of 2019, up from 4.1% in same period in 2018.

The impact of ROE on the market was a topic for discussion earlier this month during Intact Financial Corp.’s Q3 earnings call.

“To find similar [hard market] conditions, you have to go back to 2002-03,” Intact CEO Charles Brindamour said at the time. “In Canada, the hard market is not a surprise on the back of estimated industry ROE running below 4% in the 12 months to June 2019.”

But don’t rule out a return to “extreme soft markets,” Fitch said in its report.

Several factors are contributing to narrower swings in the broader market cycle, including  innovation in risk modeling and analytics, said Fitch. Better analytics means insurers can price risks more accurately so they will not be caught off guard with huge losses in any particular line.

But in the current low interest environment, it’s even more important to make an underwriting profit.

“From a profit perspective if you can only get so much out of the investment side,” Auden said in an interview. “The way to get a decent return is get better underwriting performance. It’s been a number of years now that it’s been a similar profit dynamic where companies need a pretty good underwriting profit to get an adequate return on capital.”