What are some of the best practices in mergers and acquisitions (M&A)?

David Hunt, senior director of mergers and acquisitions at Willis Towers Watson, said in a recent blog that newcomers can learn from the best serial acquirers. While not specific to insurance, there are five key takeaways from top-tier deal-makers that could be applied to the industry, based on his own observations and existing research. 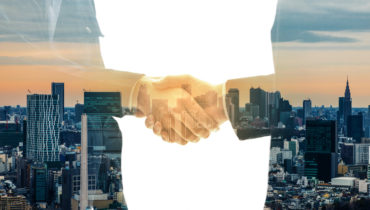 Rather than being reliant on external corporate advisors, once a corporation has a number of deals under its belt – and if the business strategy entails continuing on an inorganic growth path – it’s a good idea to start internalizing these learnings and developing a consistent approach to mergers and acquisitions. Not only does this save time and resources in the long run, it enables companies to continue to sharpen their focus on deals, getting better at knowing what constitutes a realistic target, and anticipating issues earlier on. With an internal deal team in place, companies can then utilize external advisors for specific technical or location expertise and to help when volume arises.

Today, information has permeated everything, “and transparency is no longer a word we use just to talk about windows,” Hunt wrote. When companies build internal expertise or work with consistent advisors, it allows them to see the bigger picture of how industries relate together and how combining separate businesses can make the sum better than the parts.

3. Apply technology and other commonalities across all platforms

Even when acquiring across disparate segments, technology can be – and often is – a unifying factor. “Often with thought and vision, a fundamental technology platform acquired in one segment can be used across other consumer bases or supply chains,” Hunt wrote. Philip Heywood, partner of financial services deals with PwC Canada, told Canadian Underwriter last year that he believes the value of an acquisition will increasingly focus on the upside of the technology the buyer is acquiring, rather than on historical financial returns or performance.

4. Harness synergies, but be careful of over-reach

5. Look after all your people, both hired and acquired

People are almost always the key to the success or failure of an M&A deal. After a transaction, successful acquirers will continue to listen to their employees, both hired and acquired, and ensure that they are all being brought into the overall organization’s employee value proposition.

“The key is to understand and be open about why you are buying an asset and whether you want the people or you want the technology,” Hunt wrote in the blog. “Culture is key – two relatively equally-sized companies coming together is very different than a large company buying six people in a start-up or a microbrewery.”

In some cases, combining Companies A and B to make an improved “second-generation” Company C – by adding new technology, for example, or by introducing new legal and risk processes – will ensure that the combined organization will continue to grow. A less-ambitious merger strategy might merely involving applying company A’s processes across the combined entity.

“Ultimately, both strategies can work,” Hunt says. “The key is to be honest about what you are going to do – and then do it.”

If a deal fails, it can be a very expensive mistake and become a legendary disaster, Hunt warned. One example was eBay deciding to buy Skype for $2.6 billion in 2005, only to sell the company four years later for $1.9 billion. Similar to the Sprint-Nextel failure, eBay and Skype were reportedly unable to successfully integrate their technological systems, according to PC World.